It’s not that I haven’t been testing things lately, it’s just that nothing has failed spectacularly. So here’s my round-up of recipes I’ve tried lately that have failed with a “meh” or semi-succeeded. Go ahead. Try ’em out. 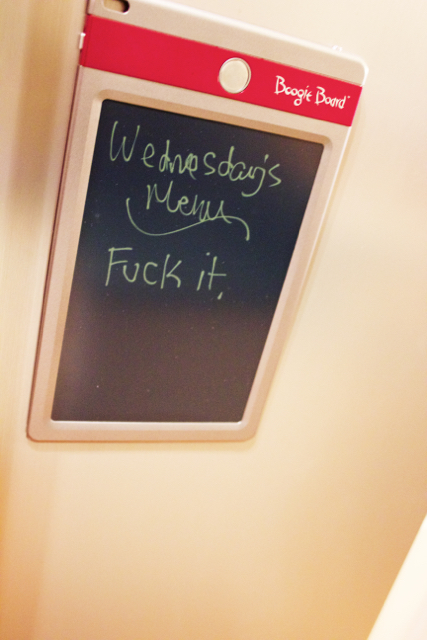 Ok, Imma be honest. I decided to make this one because it meant I wouldn’t have to go grocery shopping. 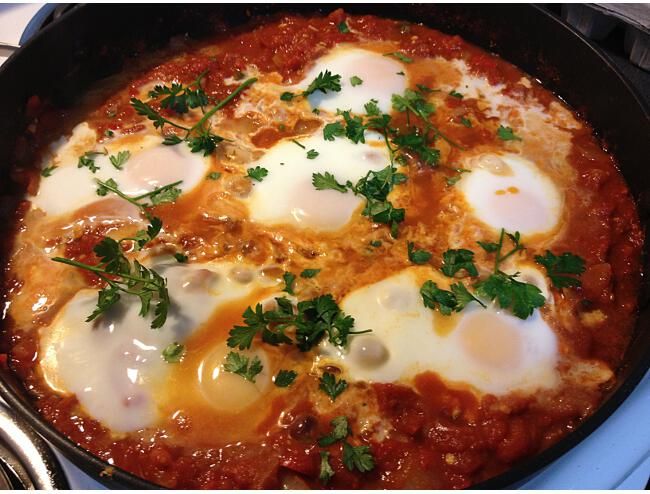 Shakshuka: a middle-eastern dish that your family may or may not like. (Just sayin.) Image from Economies of Kale

I have never in my life heard of shakshuka before, but thanks to a Sam’s Club trip about a year ago, I have 5 cans of tomatoes that need to be used up. I think I may have even skipped the red pepper, because I am just that lazy.

If you like tomatoes and eggs, I don’t think there’s any reason you should hate this. It tastes like tomatoes and eggs. I thought it was pretty decent. My husband voted it down and ate restaurant leftovers instead. So I guess it’s sort of Russian recipe roulette. Go ahead. Pull the trigger and see if everyone hates it or not. 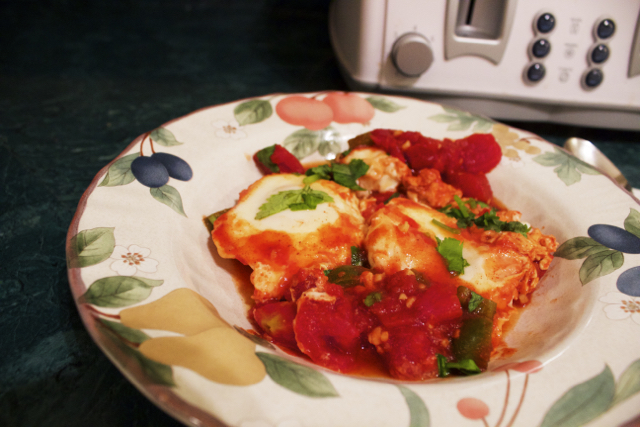 You had me at “one pot,” chicken stir fry. 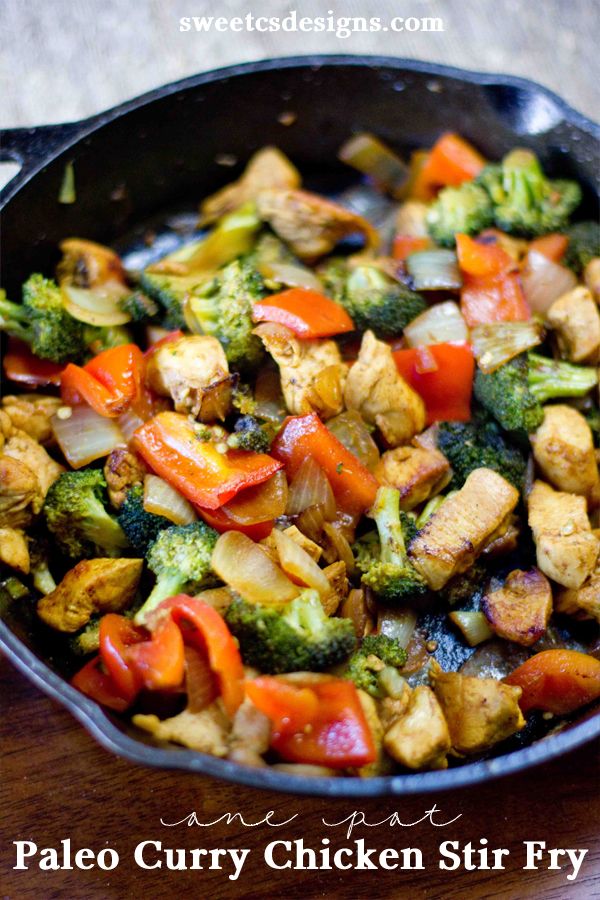 You want a recipe that takes one pan and no time? I feel ya. Image from Sweet C’s Designs

So the description is not kidding. This thing is easy as lazy fuck. Also, I didn’t have turmeric and it didn’t ruin the recipe or anything, so feel free to screw it up. It won’t hurt it.

Two thumbs up. Or, you know, four if you count the thumbs on both hands of my husband and me. Eight if our big toes count, too. Nine if… nevermind. 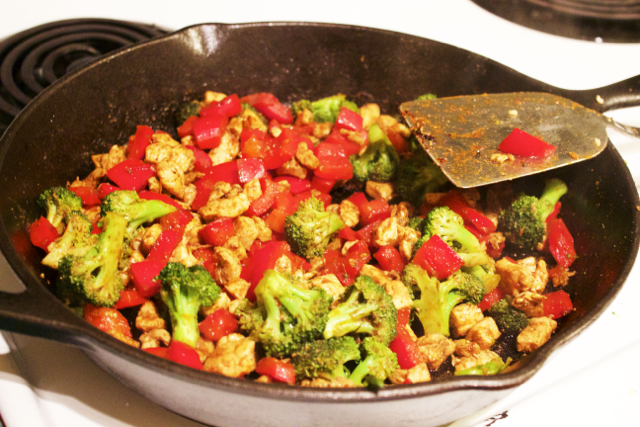 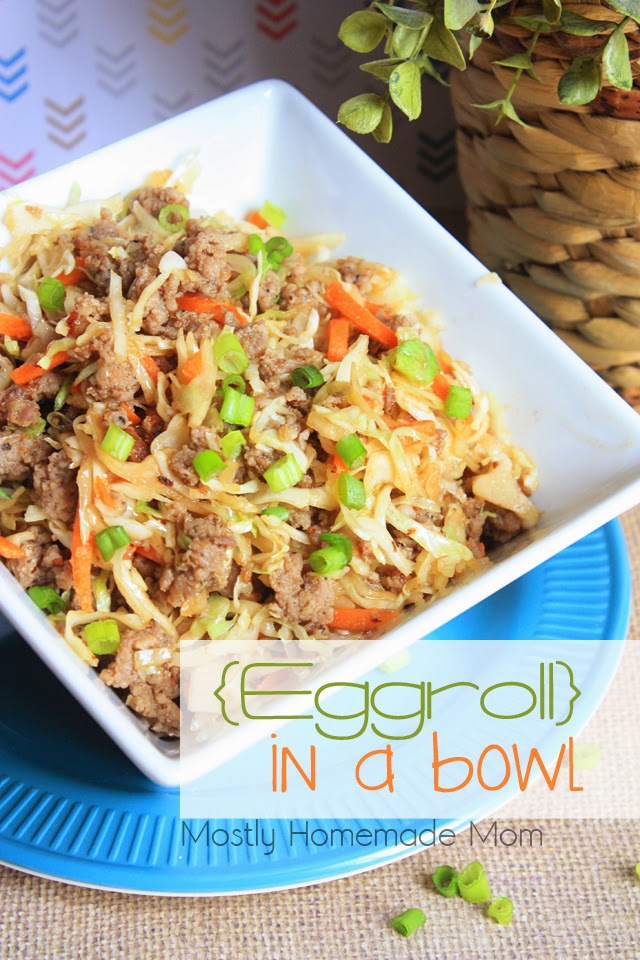 Totally my fault because I didn’t use low sodium soy sauce like the recipe said to, but holy ocean water, this was salty. So if you don’t have low sodium soy sauce on hand, be very sparing with your sauce. Otherwise, I think this probably would have been a winner. Also, super easy. Buy bag of dry cole slaw mix. Buy tube of breakfast sausage. Throw together. Done. I’ll probably try it again and just add a few shakes of soy sauce instead of like a quarter of the bottle.

Also, I forgot to take a picture of this when it looked more appetizing, so this is a picture of the leftovers I probably won’t eat because they’re way salty and because the breakfast sausage grease has now congealed and looks like boogers.

I have been searching for a long time for a chicken tikka masala recipe with few enough steps that it doesn’t make me want to throw myself in front of a rickshaw. Cue choirs of angels because this shit is it. 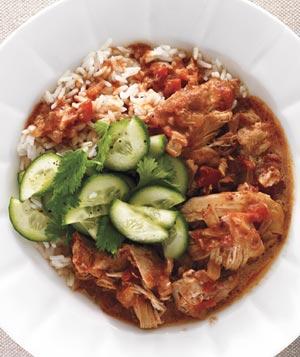 Real Simple lives up to its name and provides a dead easy chicken tikka masala recipe.

You don’t have to brown the chicken. You don’t have to simmer the sauce. Hell, you can use up another one of those cans of tomatoes from Sam’s Club, so you don’t even have to chop anything but an onion.

Now I’m me, so I made this a little more difficult than I had to. Note to self: If you’re going to be all awesome and prepare a crockpot dinner before going to work, chop the onion before you put on your eye make-up, ya dumbass.

It was fantastic, and super easy. 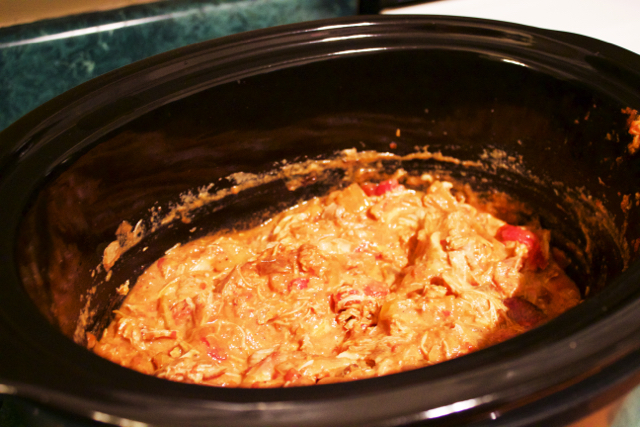