Once upon a time there was a girl who had overly fond memories of Orange Julius. She lived in Durham, which is in the middle of a vast desert when it comes to Orange Juliuses, the nearest being in the faraway land of Raleigh. Not long ago, our intrepid heroine drove to Raleigh specifically for the purpose of getting an Orange Julius, but lo, it sucked. Mightily. Like, the guy forgot to put the orange part in or something. And the girl was heartbroken and vowed never to long for an Orange Julius again.

But then like a minute later she saw a recipe on Pinterest and went, “Oooh I’m totally trying that!” 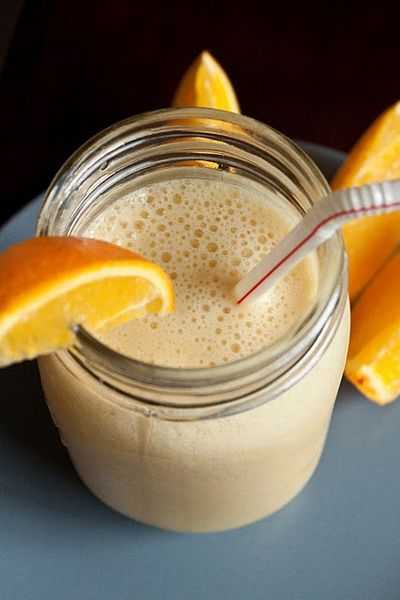 Alas, the girl did not have skim milk because, yea though she was a woman of 30 years, she could never manage to keep milk stocked in her refrigerator. (Wine, yes. Milk, no.)

Being a resourceful wench, she made half a cup of skim milk out of powdered milk, after consulting her books on the proper measurements. 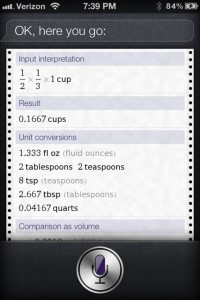 (Resourceful wenches are not necessarily also good at math.)

Then she got out her blender, circa 1999, for the first time probably since the era of… college. 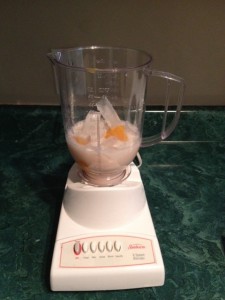 And though the blender smelled a little like burning hair when our plucky protagonist bravely hit the blend button, it produced a not-too-chunky approximation of a smoothie. 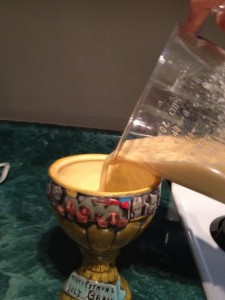 Knowing, verily, that using the Holy Grail to test pins does not guarantee success, she figured what-the-hell-it-couldn’t-hurt. 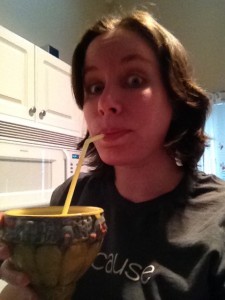 And, fair readers, this minstrel is happy to report that our story has a happy ending. For the fake Orange Julius sucked much less than the recent real Orange Julius did, and our heroine lived happily ever after (until she got a wicked stomach ache from drinking the whole damn blender full).