Since we’re already on eyeballs, I thought I’d continue the theme today in a non-food manner. That’s right: It’s time for a manicure! 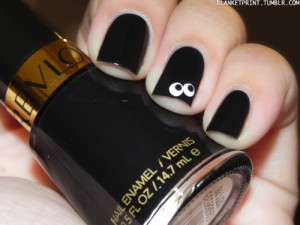 Honestly, I love this because I’ll take any excuse to paint my nails black, which I rarely do since about 1998 when I decided I would never be able to fool anyone into thinking I was Goth. At Halloween, though, everyone gets to be Goth…

Or a prostitute. Whichever you prefer, really. Or both. If you want. (I tend to go with Goth because of the size of my thighs.) 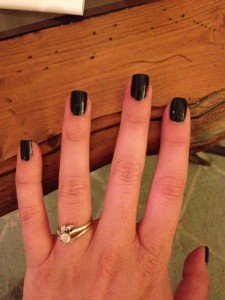 And if there’s ever a lesson to be learned from this blog, it’s probably, “Quit while you’re ahead.”

But I never take my own damn advice. 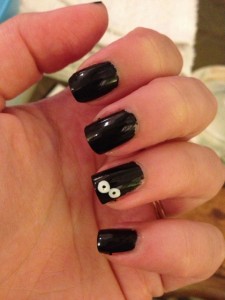 And then I went off-book. Because I’m a rebel. And occasionally Goth. That’s right, people. I found a bottle of glow-in-the-dark nail polish and decided that this whole get-up needed a top-coat of spooky green glow. 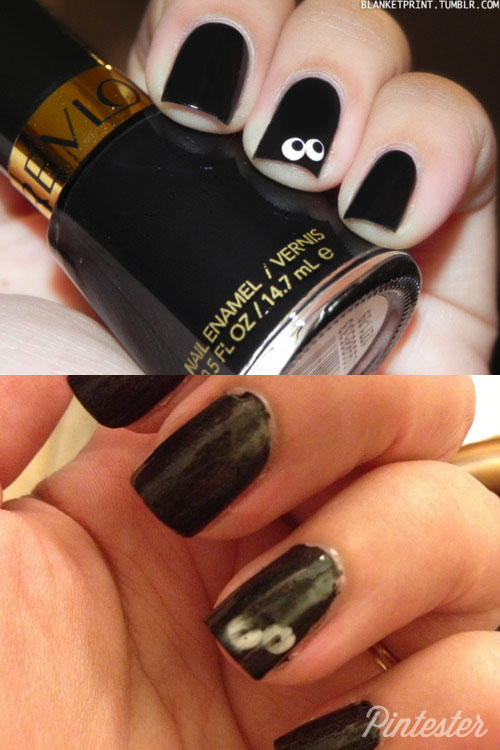 Also, I feel I should tell you that it didn’t really glow that much, which would have made it less of a fail, I think.

So, anyway, back to the drawing board with this one. Maybe I’ll go make some more eyeball food to make myself feel better.

Pinteste Round-up and Another Book