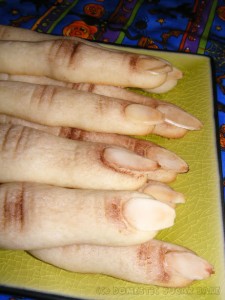 Now, to be fair, the blog post instructs you to use a from-scratch sugar cookie recipe. I am lazy, so I used a roll of refrigerated dough, but the caption on the pin promised me that it would work. 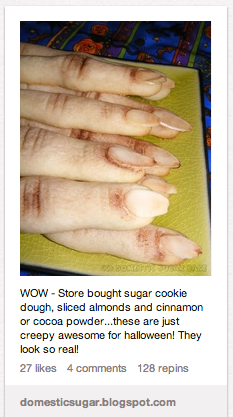 All began well enough. I carefully shaped the cookies and scored them where the knuckles would be, agonizing over how many score-marks would make the most realistic knuckle. 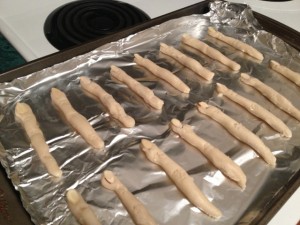 And then they came out of the oven and I realized no amount of effort mattered at all. 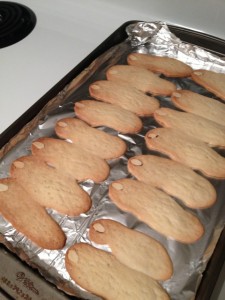 And then I realized I was going to need help photographing the rest of this blog post, so I drafted Mr. Pintester. 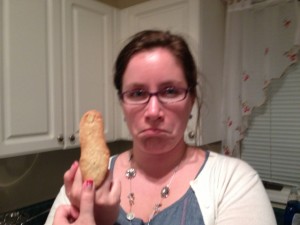 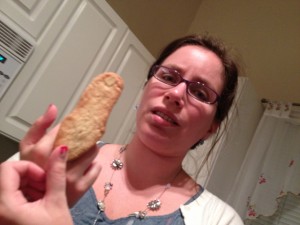 “For the love of God, do not photograph me from below. No one needs to see all my chins and my nostrils.” 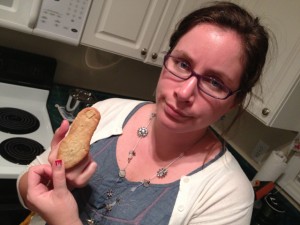 The good news? They were tasty. And most people still knew what they were, even though they were flattened beyond recognition to my eyes.