I’m not sure what story I should lead with today. I’m making a drink called an Old Cuban, so I could tell you a story about an old Cuban… but I think I’m going to tell you a Creme de Menthe story instead, actually, because the old Cuban story involves an ex-boyfriend, and ain’t nobody got time for the shitstorm that I’d have to deal with subsequently, so… 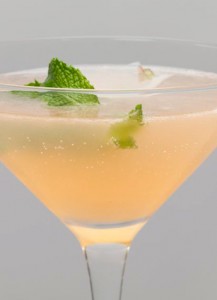 A kind of important part of this recipe is mint.

But I don’t have any mint in my house because I looked at it at the grocery store and it was like $6 for a tiny bunch and it’s a fucking weed that I actively try to kill in my yard for the 90 percent of the year that it’s not January. So I refused to buy it.

But I did have Creme de Menthe and it has a picture of mint right on the freaking bottle. 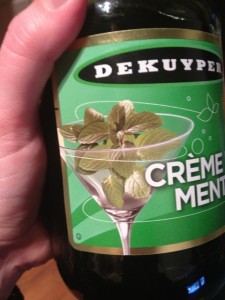 I am fully aware that when I substitute like this, some of you explode with indignant rage. If you are that person, please scrape yourself off the ceiling and move along. Nothing to see here.

I actually almost couldn’t bring myself to make this substitution either. In my adult life, I have learned only a few important lessons. (1) Don’t fart in the tub if you want any action later. (2) Don’t bother wearing make-up for men. Only women notice that shit. (3) No good ever comes of using Creme de Menthe.

A few years ago, my husband and I and another couple we regularly hang out with (read: get shit-faced with) had come to the end of our proper beverages and were in that wacky stage a few drinks in where we decided to be creative with our bartending. It was way before the age of Pintester, but think pin test, only way more drunk and obnoxious. (Hard to imagine, I know.) Anyway, someone concocted a drink involving Creme de Menthe and passed it around. Almost everyone was sober enough to decide that it was patently not good.

“Itsshsh not tha’ baaaaad,” I kept insisting, even when we all decided that the apt name for this made up drink was Drain-o. 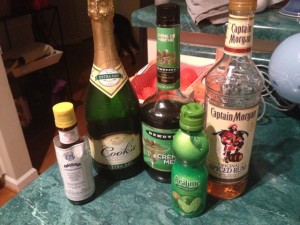 (I like shaken drinks because I feel like I’m burning off the calories before I drink them.) 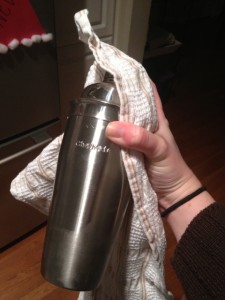 The results of the shake were worrying… 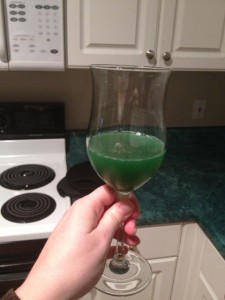 And adding the Champagne didn’t help much… 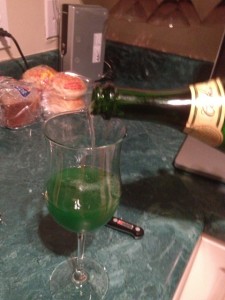 But, you know, I can’t call this a total fail because it didn’t taste that bad. Aside from it making my mouth a little numb, it was actually pretty decent. Well, drinkable at least. Also, it looks completely ridiculous, like the kind of thing you’d get at a cheap kitschy bar on St. Patrick’s Day. So I think I’ll rename this one an Irish Old Cuban… which is the punchline of the Old Cuban story that I’m not going to tell you, so it’s way funny in my head, but probably not that amusing to you. Um. Sorry.

And, if all else fails, I can pour it down the drain and look forward to squeaky clean pipes.