The idea of cooking without a recipe sort of intrigues me, I admit. I always pin those long-ass photos on Pinterest that look like you don’t even need a recipe to do them because the pictures tell you everything. Like this one.

Image from Recipe by Photo

But, fortunately, there was a link with text, too, because I would have totally messed this up without written instructions.

Yes, I realize that all I was doing was stuffing meatballs and cheese into a biscuit. But, dudes, disaster would have struck because I would have stuffed a whole meatball in a whole biscuit instead of a half meatball in a half biscuit, and then I probably would have fried them, because that made sense in my head. 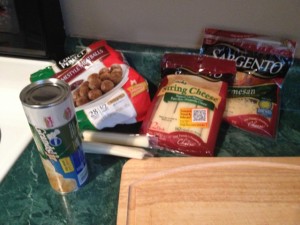 I am not generally a patient person, but chopping all the meatballs and string cheeses and separating the biscuits didn’t seem as onerous as chopping veggies for an equally long period of time, for some reason. 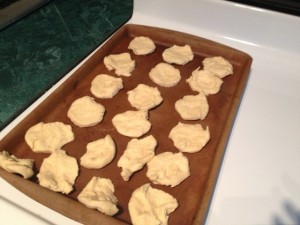 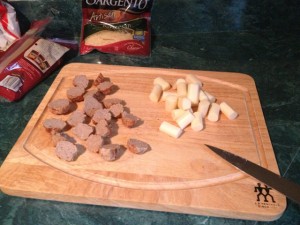 Maybe because the prospect of eating MEAT and CHEESE stuffed into a CARB is better-sounding than vegetables. Just a theory.

I proceeded to make little meatballsacks. 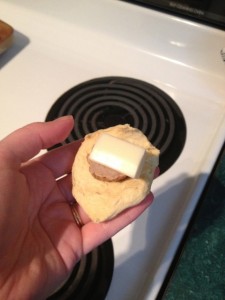 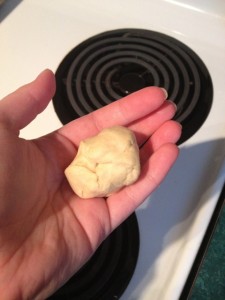 Nothing like a big plate of balls for dinner, amirite? 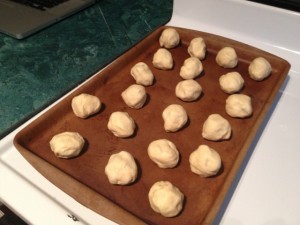 Written instructions also helped me figure out how to flavor these things, because I’m pretty sure they just would have been doughy and salty otherwise. And no one likes doughy, salty balls. (Also, while I was rolling them, one of my hairs got in one and I had to disassemble it and pull the hair out. So some of them might have been doughy, salty, hairy balls. Just sayin’.)

Here’s something I learned: It’s hard to make Parmesan cheese stick to balls. You have to sort of massage it in… 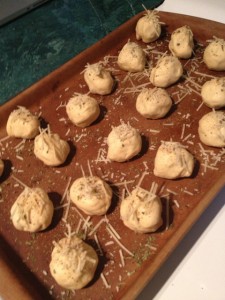 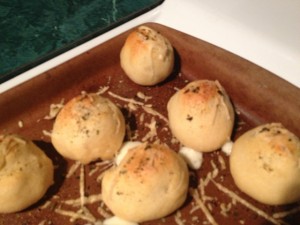 (Don’t worry if they’re a little oozy. They do that sometimes.)

Here’s what the inside of a ball looks like:

And, to my surprise, they were pretty damn delicious. Maybe sometime I’ll invite everyone over to eat my balls. I promise you’ll enjoy it. 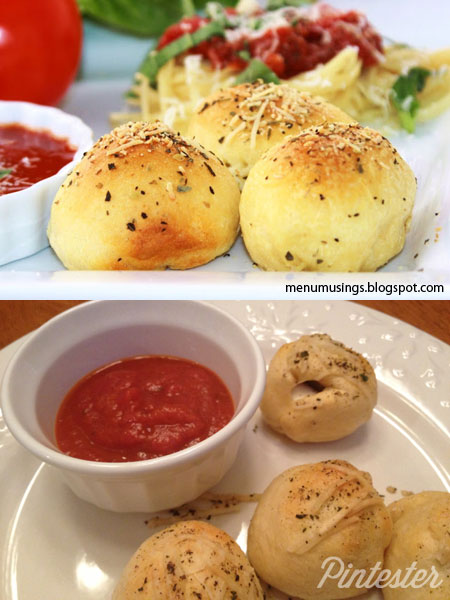