Happy Valentine’s Day, Pintestes. I hope you know that you are all the loves of my Internet heart. If I could send you all a Valentine, I would… Ok, I probably wouldn’t, because I’m a lazyass… but I would think about it and plan on it and then feel guilty for not doing it, so there’s that. 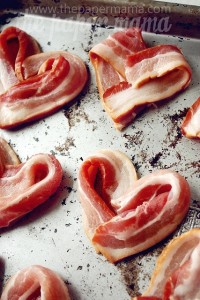 Image from The Paper Mama

Yes, you are looking at bacon Valentines. This is a tradition I think I could get behind.

I bought a package of bacon and brought it home with me, then attempted to lay it out in heart-shapes. Turns out, though, that I bought some cheap-ass flimsy bacon and it didn’t quite sit right. 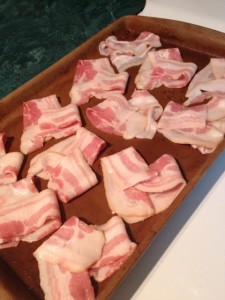 My hopes of this turning out in any way adorable kind of went out the window at this point. I mean, these kind of look more like anatomical hearts than Valentine hearts. 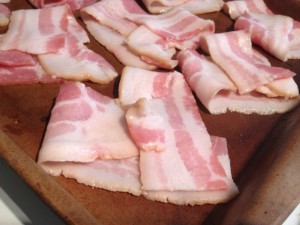 Nevertheless, into the oven it went.

One of the great discoveries of my adult life is that you can bake bacon, by the way. I never ever fry bacon because I’m scared of the popping grease. Mostly, I just stand back and scream obscenities, and occasionally poke it with a fork when I try to fry it. It doesn’t end well. So baking bacon is like the awesomest idea ever. 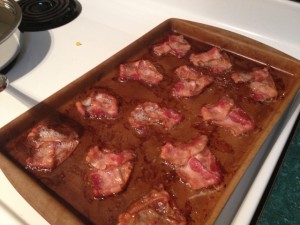 See? You just take the pan out of the oven and voila! No popping grease all over yourself and the kitchen. Just delicious crispy bacon… that sort of-ish resembles heart-shapes, maybe. 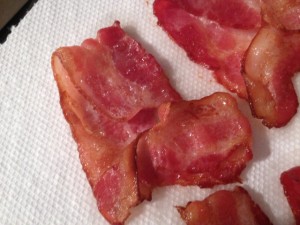 But the important thing is that they were damn delicious. Husband and I totally stuffed ourselves silly with delicious bacon. Heart-shaped or not, I think that still means it’s a win. 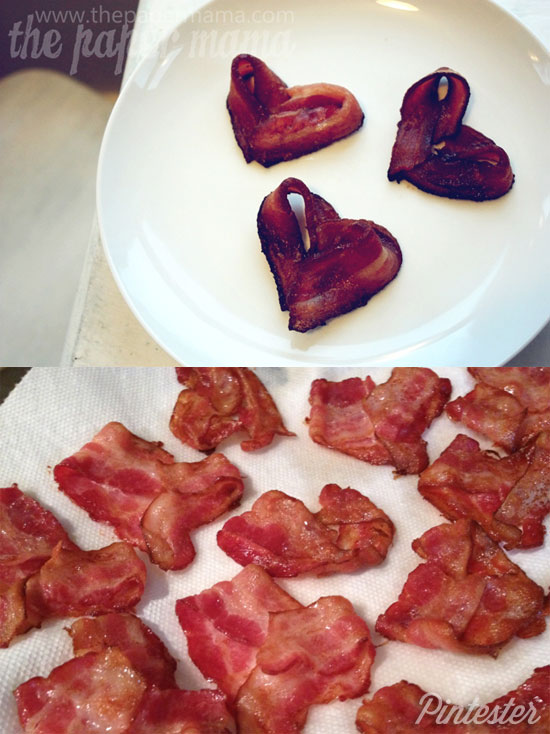 « Previous PostWhen I Grow Up Next Post »Pinteste Round-up: MAILSACK!