You guys, I know it’s St. Patrick’s day and I am supposed to be out pretending I am Irish and drinking green beer and Guinness until I am wailing Irish jigs and stumbling behind bushes to relieve myself in public, but I am too old for that shit.

So I made cupcakes instead.

At least they’re festive cupcakes. Because I attempted these shamrock cupcakes. 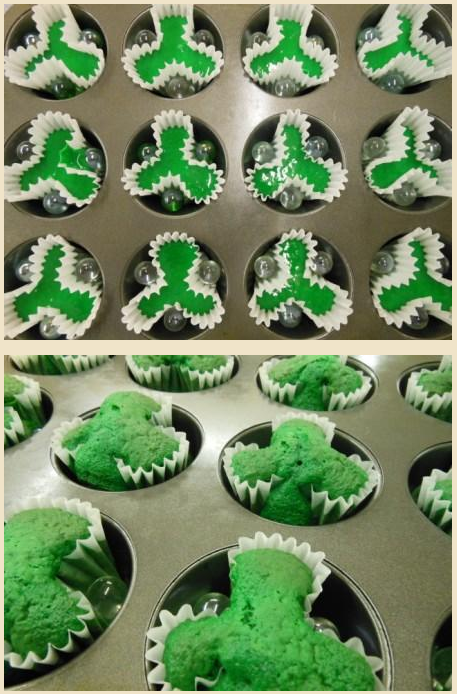 These are just regular old cupcakes except that you use marbles to turn the cupcake papers into a shamrock shape.

Of course, my first problem was finding marbles. They are surprisingly difficult to find at my usual errand-running locations (mostly the grocery store and the liquor store, if you want to know the truth), so I had to make a special trip to the craft store to find some. I did eventually meet with success. 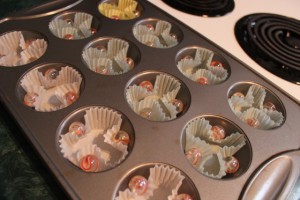 To raise my chances of completing this recipe, I began with a boxed cake mix. If you know me, you know that taking as much of the complication out of baking as possible is always a good thing in my case. 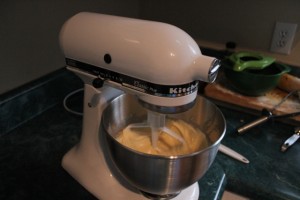 And then, because I am a festive little fucker, I added green food coloring. 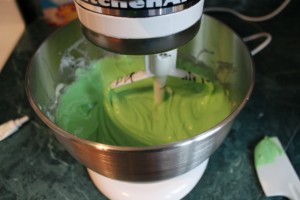 I actually added a lot of food coloring, but there seemed to be an upper limit as to how green I could get the cake batter to be.

Then, as per the directions, I spooned the batter into a baggie to make a piping bag so as not to slop batter everywhere while trying to fill the shamrock-shaped cupcake liners. 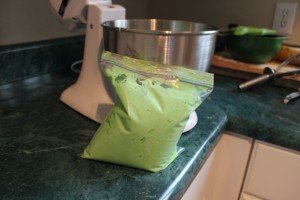 I still managed to make a giant mess of it, but I can’t imagine how bad it would have been if I’d tried it without the bag. 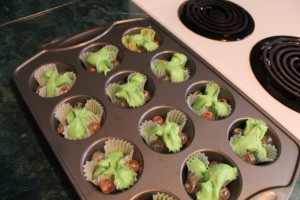 I had really, really low expectations for these, you guys. Even normally, I am not great at turning out beautiful, uniformly-shaped cupcakes. So this seemed doomed to disaster.

And, it’s true, they were not beautiful… 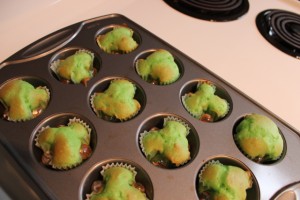 But they are certainly not the ugliest thing I have ever baked, by any stretch of the imagination. And sometimes, that’s good enough.

After I de-marbled them and reshaped them a little (which involved pinching extra bits off and eating them, so a winning proposition, really), they didn’t look half bad. 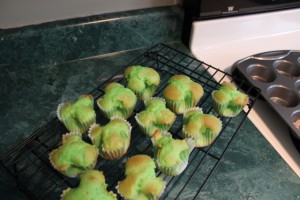 And here’s where I truly admit how much confidence I had in these: I was so convinced that even the baking of these would result in catastrophe that I didn’t even bother to go buy anything with which to decorate them.

So I slapped some icing eyeballs on there and called it good. 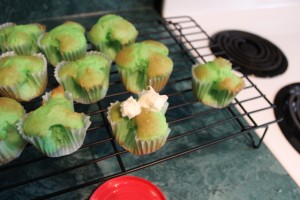 So, happy St. Patrick’s day, one and all. I leave you with an old Irish blessing that I just now made up:

May the wind always be at your back, and if you drink too much, may your green vomit at least be sort of amusing. 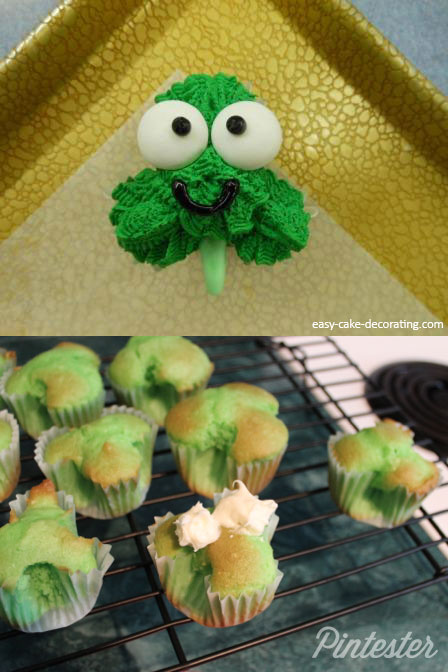 P.S. Today is the last day to vote in the 2013 Weblog Awards! I am up for Most Humorous and Weblog of the Year, and I am super excited about it. If you like this blog (and I assume you do, if you’ve read this far), would you please consider voting for me? Smoochies and thank yous!