When I pinned this, I wrote, “You had me at ‘drunken.'” Because, dude, food with the word “drunken” in the title has got to be good. Well, I take it back. There were the drunken gummy bears… But I am a woman of vast hope, and I was convinced these were going to be the best damn pork chops in the history of pork chops. 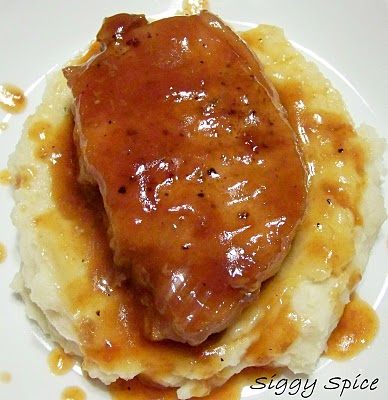 With a heart buoyed by the promise of tipsy meat, I began. 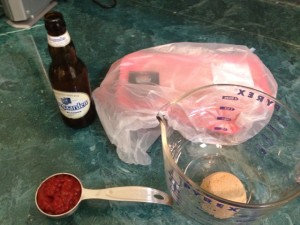 Here’s a recommendation: Whenever a recipe has ketchup in it, just don’t fucking tell. Put it in there, mix it up, and forget about it, and if anyone asks, tell them it’s tomato sauce, because the fastest way to get someone to disparage your cooking is to tell them there is ketchup in it. Seriously. So just don’t tell. Also, when you mix it with beer, you can’t tell it’s ketchup anyway. 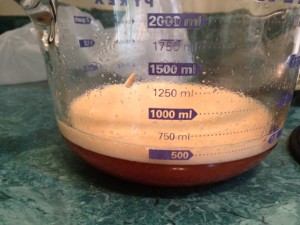 I’m not sure whether I should tell you the truth (that being that I followed these directions exactly), or if I should tell you I half-assed this (which I didn’t), because no matter what I tell you, I think I’m screwed. If I do it right, someone will tell me I should grow a brain and learn how to modify recipes so that they work. If I do it wrong, I will be told I messed it up on purpose and of course it’s not going to work if I don’t follow the directions. Either way, though, I messed it up, just to warn you.

The problem came about here, where I tried to thicken the sauce. 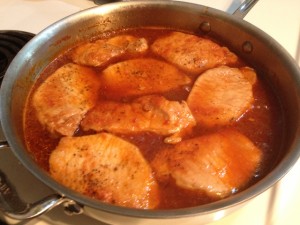 Apparently, beer is not thicker than water, and I’m pretty sure that’s not how the saying goes anyway. But no amount of corn starching and boiling would thicken this stuff up. So we had pork chops with ketchup and beer soup for dinner.

Honestly, it wasn’t terrible, but it wasn’t the rollicking good time I’d bargained for– you know, the whole “drunken” thing. These pork chops were apparently the sort of drunks that just pass out quietly when no one is looking. Boring.

(Fine. I’m too lazy to make potatoes, so I just made rice instead. But I swear I did everything else by the book. Really!)

« Previous PostWhat If I Told You... Next Post »Baked Cheese Balls