The other day I got a request from one of the pintestes to test the dish soap and apple cider fruit fly trap. 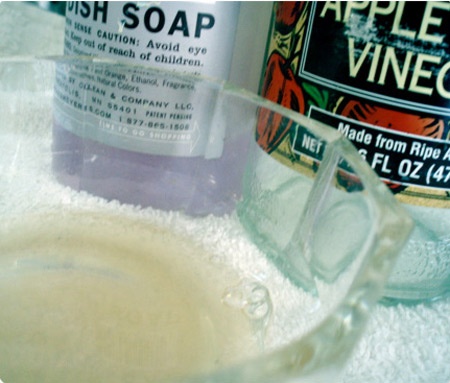 And I realized I already tried it a few weeks ago. I was visiting my mom and, lest you judge her for having fruit flies, I must let you know that we didn’t know it at the time, but her sub-floor was slowly flooding with dishwasher water and giving the flies a place to breed. She is currently working in a floor-less cabinet-less kitchen while the contractors dry everything out and replace it all. So no judgies. And also be nice to my poor, kitchenless mom. Unlike her cooking-fail daughter, she actually does like to cook and makes really good stuff, and being without a proper kitchen sucks when you’re not a cooking-fail.

Anyway, she was making noises of general aggravation about the fruit flies and I went, “DING!” (that is the sound of a brilliant idea popping into my head) “I know! Let’s find a solution on Pinterest!”

We settled on the dishsoap and apple cider vinegar trap. We even added an almost-over-ripe cherry for effect. 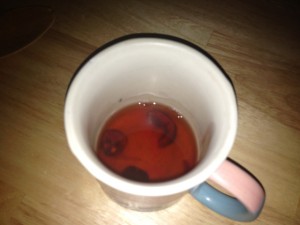 And, I have to tell you, we caught a few. But, turns out when you’re breeding them faster than you can kill them, one little mug full of fly trappy stuff doesn’t work too well. Still, I think it gave my mom and I a little sadistic pleasure to have killed at least a few of the little effers. 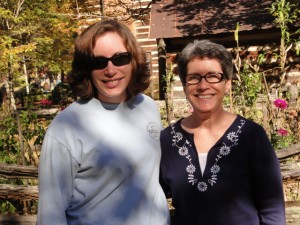 In conclusion, this kinda sorta works, but mostly just to satisfy your slightly psychotic tendencies to KILL KILL KILL the little creatures that invade your kitchen from time to time. 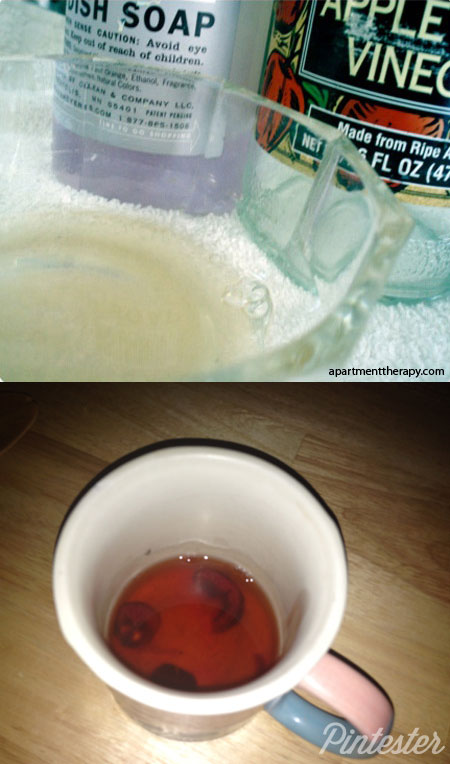