Mostly I am willing to write Red Lobster off as mediocre seafood, but I do love their ginormous pina coladas, and also their cheddar bay biscuits. I could make a meal just out of those. An unhealthy meal, for sure, but a meal.

So imagine my glee when I discovered a copy-cat recipe on Pinterest… but not just any copy-cat recipe, no. This is the Reddit version of cheddar bay biscuits: CHEDDAR FUCKIN BAY BISCUITS, illustrated. 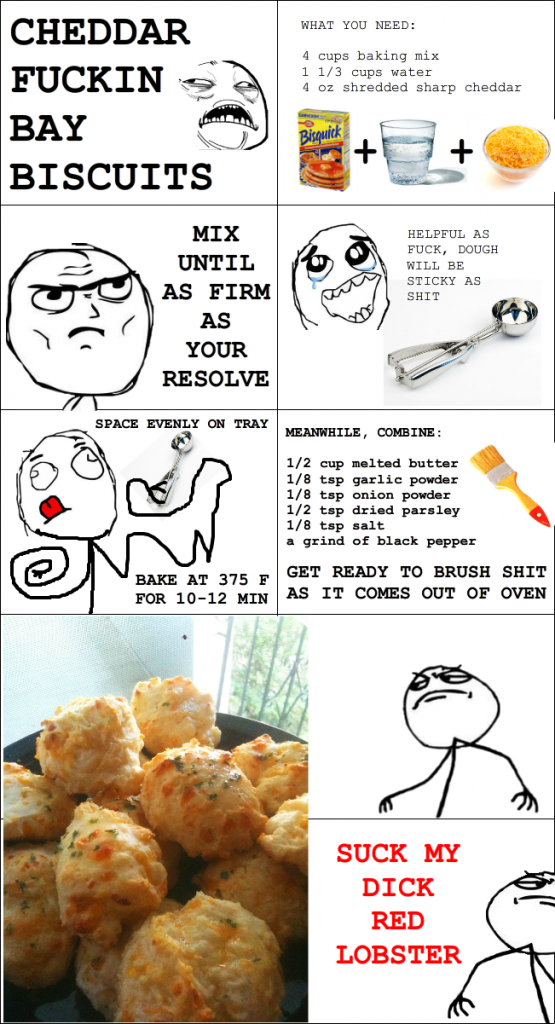 I mean, really, even if this pin were to fail, there are so many glorious things about it that I couldn’t not try it.

And, bonus, I had all this stuff on hand… well, mostly. We’re subbing in a 4-cheese blend for cheddar. Yeah, I’m subbing for the title ingredient. Sigh. But this is something you all can challenge in the Pintester Movement v. 2.0 if you want to. Plug plug. 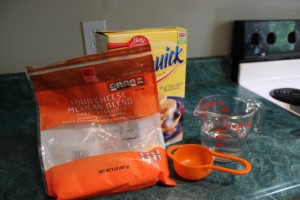 For those of you who don’t live in the United States and therefore don’t have access to the glory of Bisquick… well, I’m sorry. It’s a wondrous thing and has been saving fuck-ups like me from making inedible biscuits for decades. Here’s the biscuit dough all mixed up, using only three ingredients. My kind of baking. 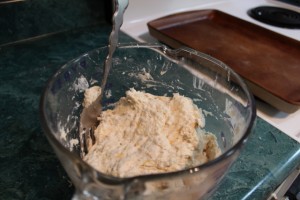 Then I just popped it in the oven for 12 minutes. 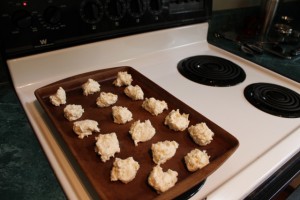 And after 12 minutes I took them out and grew doubtful about them because they looked sort of light-colored and saddish. 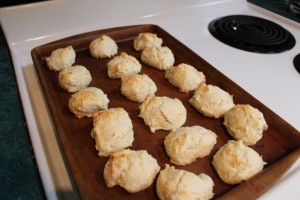 The butter topping, which I mixed while these were in the oven, helped significantly. Probably because it’s half a stick of butter for just these biscuits… 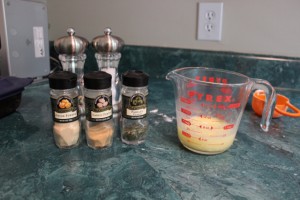 And here’s my biggest tip if you really do want Red Lobster to suck your dick: Do not be sparing with the butter brush. There will be enough, I promise, and the amount of butter goop is directly proportional to how good these taste.

I personally think they need more cheese, but hey, that could be because (1) I used the wrong kind of cheese, or (2) I had to look up the measurement in cups of 4 oz. of cheese. The Internet tells me it equals to 1/2 cup, but that I must be a dumb American for having to ask at all. Guilty as charged, Internet. 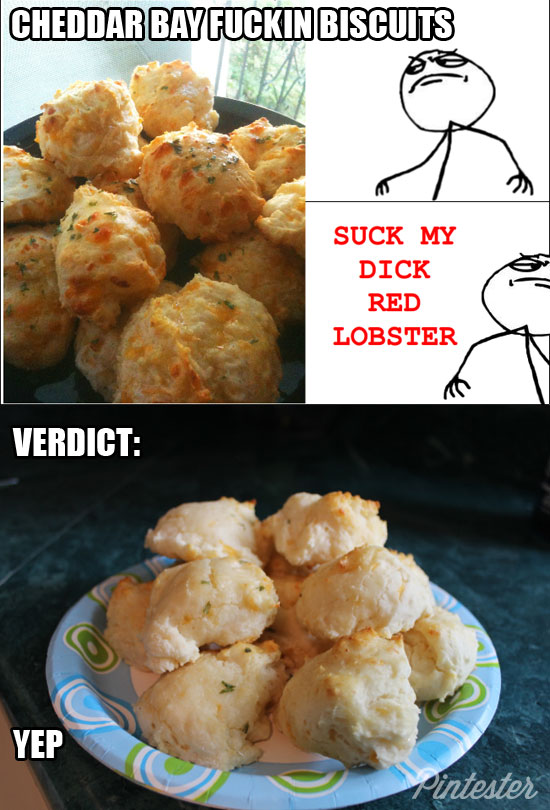 « Previous PostThe Pintester Movement v. 2.0 Next Post »Wear Your Scarf as a Vest