Sometimes I wonder if Shakespeare’s ghost is pissed or flattered that so many quotes are falsely attributed to him. Take this one, for which there is no evidence that Shakespeare said it.

In the case of most of the quotes, I’m going to go with pissed. I’d be pissed if it were me. (I’m sure Shakespeare’s ghost doesn’t mind me comparing myself to him. We are both writers, after all. And we both like penis jokes. I rest my case.) 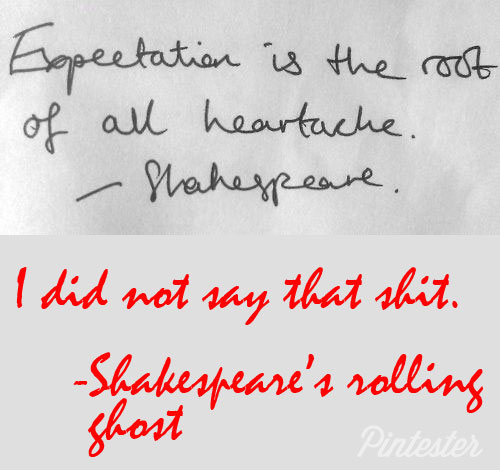