I can’t remember where it was that I first heard about coffee with butter in it, but it’s one of those things you don’t forget easily, so the next time I was online, I Googled that shit. Turns out it’s called bulletproof coffee, there’s a whole cult around it, you can buy special coffee to make it with, and it replaces breakfast entirely. 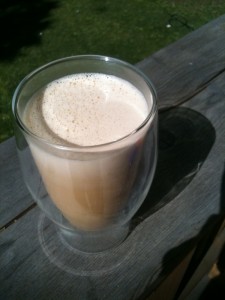 Bulletproof coffee: They’re not paying me to say any of this, but maybe I should ask.

Now, guys, I know you’re thinking, “What are the chances that she’s actually going to use, you know, cult-y coffee and grass-fed organic butter from the teats of magical adolescent cows?” 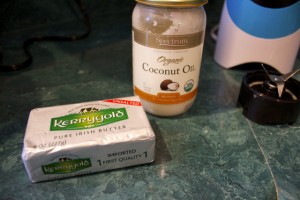 Please to ignore the fact that I’m using some kind of generic coconut oil instead of super mega coconut oil of POWAH, and also a K-cup (which the site tells me is laden with toxins, blah blah, shaddup and give me my caffeine). 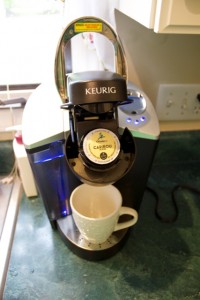 But I did actually put hot water in my blender cup to make sure the blender was warm when my coffee went in it. I am that dedicated to this process. 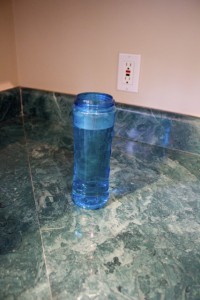 So basically, the idea here is that you use butter and coconut oil in your coffee instead of, say, Half N’ Half. Important point: unsalted butter. This is the main reason why I went and bought special butter. I don’t love you enough to try it with salted butter, and that, as they say, is that.

The site says to use up to six (that’s a whopping in-fucking-sane 6) tablespoons of butter. I am not that level of wacky. I used two tablespoons of butter, plus a tablespoon of regular ol’ coconut oil. So by my calculations, I used about a third of the butter the site recommends and about a sixth of the coconut oil, if the “six times more powerful than dumb old regular coconut oil” tagline is to be believed. So I’m like 25% as nutso as the bulletproof coffee people, or so. 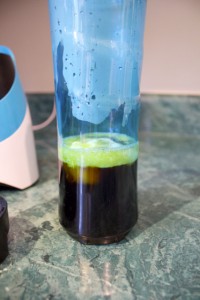 And the above picture demonstrates why you must use a blender for this, because I would not dare to ingest that shit. It looks like butter floating in coffee. Oh. It is.

After blending, though, it looks really pleasingly frothy and creamy, and guys, please believe me when I tell you I was expecting this to be really disgusting. Butter in coffee? I know. Please feel free to stage an intervention or something, but this stuff actually tastes really good. Not quite as sweet as creamer, but super light and frothy and yermy…

If cults had this shit instead of Kool-Aid, we’d all be doomed. Just sayin’.

Article Name
Butter Coffee
Description
In some circles, putting butter in your coffee instead of cream is acceptable. We are going to enter that circle, and do the cult-y dance of butter love.
Author
Sonja Foust
« Previous PostMouse Turd Cocktail Next Post »Attempting Watermelon Smoothies (with Bud Light Lime in hand)