If there are only a few things you know about me personally, one of them should be that I love popcorn. If there is ever a snacktime to be had, I will choose popcorn. I have been known to eat an entire bucket-sized movie popcorn (with butter) and then take the movie theater up on the free refill. I’m not even kidding.

Now, normally, I’m sort of a popcorn purist. Popcorn, butter, the end. None of that cheddar shit or the crap in a tin with Santa Claus all over it. But for Pintester, I made an exception. 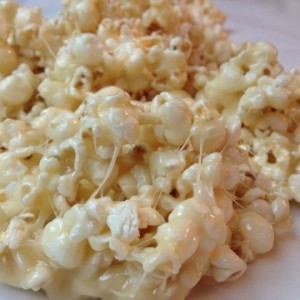 Yep, this is marshmallow caramel popcorn.

I mostly had the right ingredients. 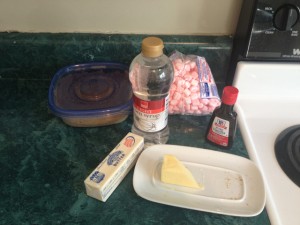 Except that instead of big marshmallows, I had little peppermint-flavored ones. 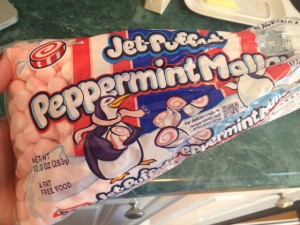 This is not a big deal, though, because I can eyeball it. I’m excellent at guessing the amounts of ingredients that should go in a thing… especially if I’ve halved the recipe first. (I’m also a very good liar.) 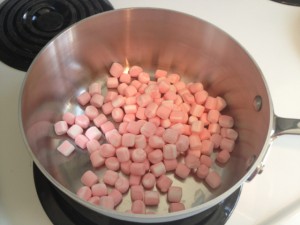 Yeah, there’s a whole stick of butter in half of the recipe. Not kidding. 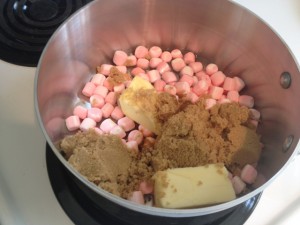 While all that was melting into a pleasing goo, I popped some popcorn. Here’s my actual Pinterest win pin about popcorn. You don’t have to buy bags of popcorn, especially if you’re going to coat it in goo yourself and don’t care about the flavor. Nope. You just take 1/4 of a cup of popcorn and throw it in a lunch bag. 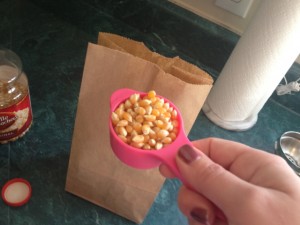 Then fold it over and zap it. 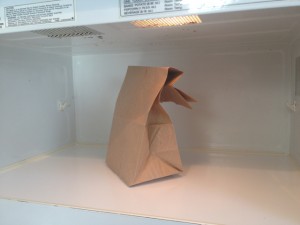 In my microwave, if I zap it for 2 minutes and 30 seconds, it turns out about right. 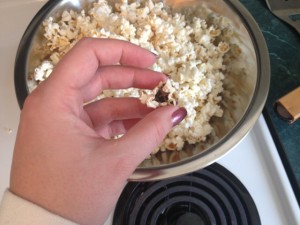 But a little burny popcorn never hurt anyone.

I made two batches because it looked like there was too much goop for one batch. 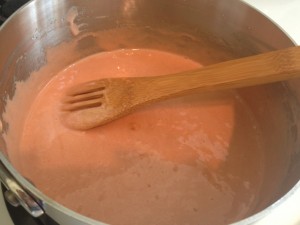 Other than the disturbing shade of pinkish brown, I didn’t figure this would be too bad, so I gooped it up. 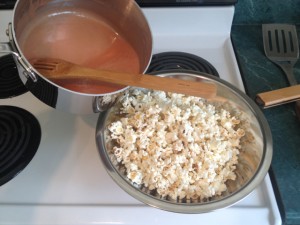 It was a sticky mess when I mixed it all up, but you know, it was pretty darn tasty. 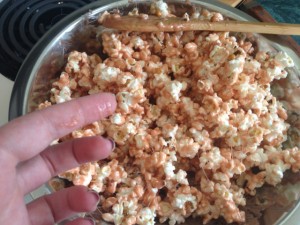 It wasn’t until I sat down in my comfy chair (and in my comfy pants, if you want the whole truth) that I discovered the problem… 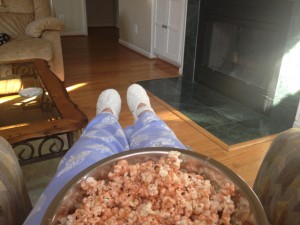 I had failed to de-seed the popcorn. That is, I had not taken out the unpopped kernels. My grandma calls these the “old maids,” and I swear to you I never made the connection between unpopped and old maids until I was composing this post. And I feel the need to give my grandma a high five now.

Anyway, I failed to remove them, and the marshmallow-sugar mixture cemented everything pretty well together, so eating the popcorn was an adventure, where “adventure” means you might break your tooth on any bite. Eventually I gave up, partly because of the possibility of ruining my dental work and partly because that shit gave me a stomach ache.

Still, I woudn’t call it a complete fail, especially if you are smarter than me and think to remove the old maids (unpopped– heh) and don’t mind a little sugar tummy upset. 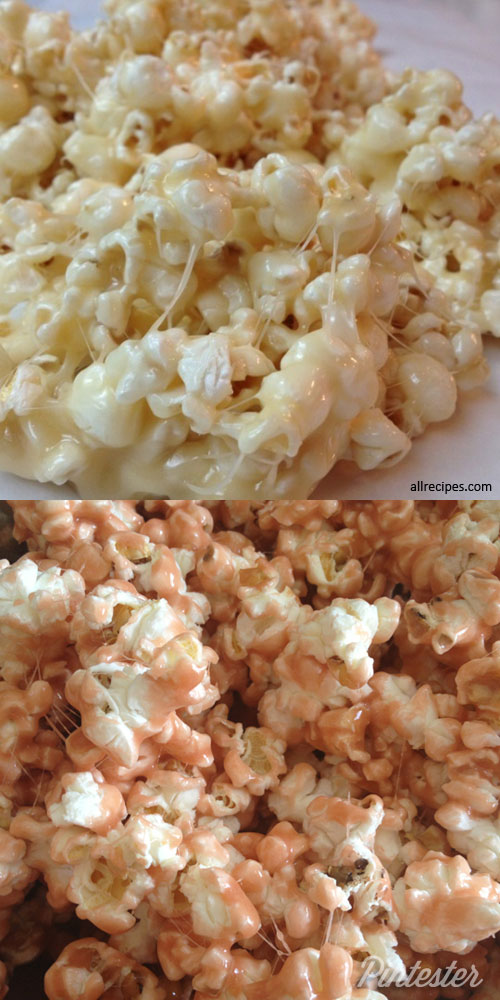