This post is sponsored by the National Frozen & Refrigerated Foods Association as an opportunity from the Mom It Forward Blogger Network.

I feel like a little bit of a cheater making apple dumplings after I just made apple pie bites a few weeks ago, I admit. They are quite similar. 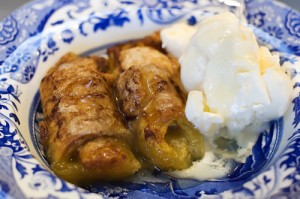 But when I made the apple pie bites, one of you said:

Megan • My sister makes these with crescent roll dough and Mountain Dew, and they are very yummy 🙂

And, lo, I was intrigued. So I found the recipe with Mountain Dew (ew) and decided to try it. 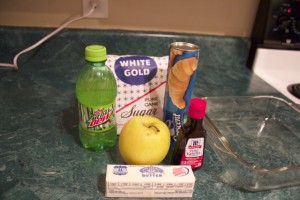 Know what else makes me happy about this recipe? Crescent rolls. Or, really, the fact that I don’t have to make a crust, because I completely suck at crusts. This is why I never make apple pies. Again, move over, pie. 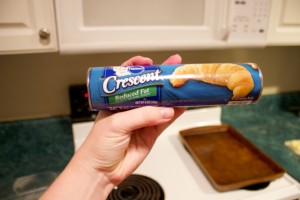 These crescent rolls are reduced fat because the grocery store had them on sale and these were the only ones left. Believe me: When I am putting a stick of butter in a dessert, I don’t give a damn about reduced fat.

I also must admit that the Mountain Dew is actually Diet Mountain Dew. That is due to the fact that I am a good hostess and once had someone over to my house whose favorite drink was Diet Mountain Dew and so I bought her some to drink while she was here. But it is unlikely that she will be back anytime soon so I am stuck with this disgusting bottle of toxic waste that I will never drink. So I’m gonna use it up.

I began by slicing and peeling the apples, and there was only one casualty, and it was not my thumb. One of the slices got an extra slice while I was peeling, but I figured it was ok since I would just be stuffing it in crescent roll anyways. 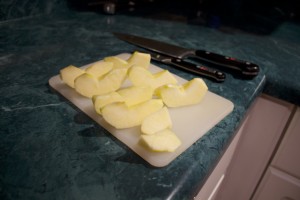 I rolled them up… 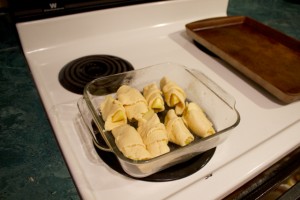 And then I melted that entire effing stick of butter and dumped in some sugar, too, just in case it needed some more awesome. 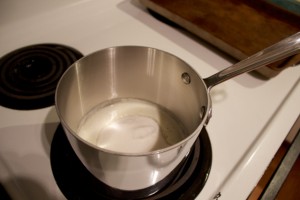 Then I drowned my cresent rolls in it, and when I was done with that step, remembered I was supposed to have mixed in the vanilla before that too, so I just sprinkled some vanilla over the top and hoped for the best. There’s a lot of hoping for the best in my baking. That’s maybe why my crusts always suck. 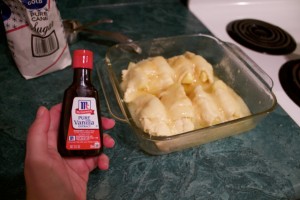 Then you pour a little Mountain Dew around the edges of the pan and sprinkle the top with cinnamon, at which point you probably also question all of your life choices because this shit looks vile, but you’re too far along to give up now. 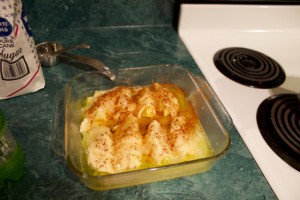 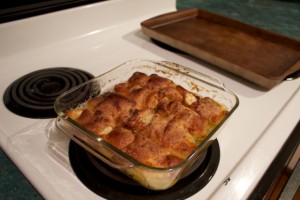 This was really freaking delicious. I have no idea if the Mountain Dew has anything to do with that– I suspect it has more to do with the butter and sugar, but who am I to question it? 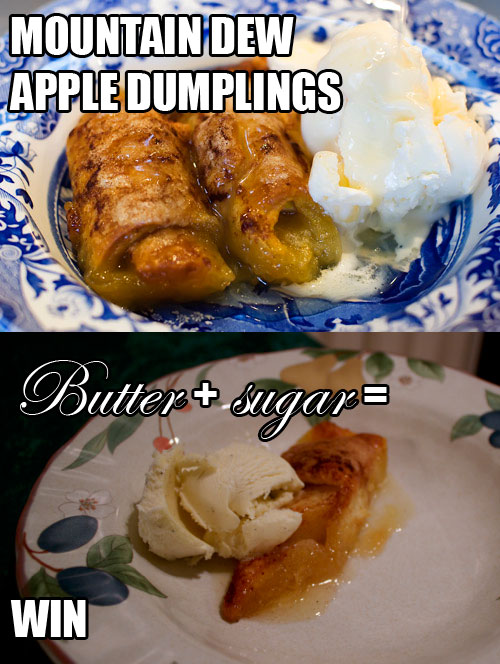 So I’d say if you’re a pie dunce like me but you need to entertain people with a pie-like substance for the holidays, go for this one.

And, for more way cool holiday shortcuts, check out EasyHomeMeals.com! They have lots of tips for using ready-made foods from the frozen and refrigerated dairy section of your grocery store to put together fantastic holiday treats. 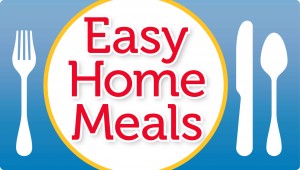 Article Name
Apple Dumplings
Description
How could anything with an entire stick of butter and a metric shit-ton of sugar in it be bad? These apple dumplings are definitely not bad.
Author
Sonja Foust
« Previous PostPinteste Round-up: The Low Road Next Post »Pintester Movement: Ho Ho Ho