I went camping with some buddies from the gym this weekend. Most of them eat paleo diets most of the time (basically only food that doesn’t come out of a box). Most of them also make an exception for beer, wine, moonshine, bourbon, fireball, and anything that comes in an airplane bottle. 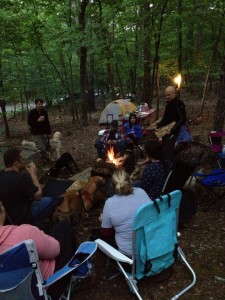 So, in honor of my mostly-paleo buddies and my wicked-ass hang-over, today I’m trying out paleo dark chocolate pudding. 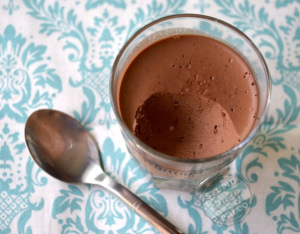 You may recall that I tackle recipes from stupideasypaleo.com with some trepidation. If we’re going to call it “stupid easy,” that doesn’t leave much room for failure without actually admitting to my stupidity. But this one actually did look really easy. Just coconut milk, chocolate, gelatin, and vanilla. How could you fuck that up, right? 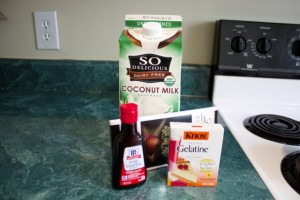 Now, if you’ve been in paleo-land for any time at all, you know that coconut milk is trickier than it may seem. It can come in cans, and that can be full-fat coconut milk in a can, or “lite” coconut milk in a can. Then there’s the kind you buy in a carton, supposedly so you can use it like real milk– you know, pour it on your paleo Cheerios or whatever. That’s the kind I had, and since the recipe didn’t specify, I decided to use it.

The recipe also called for gelatin sheets, and I had gelatin envelopes instead, but I figured it would be fine, because the recipe just instructed that you use however much you need to gel-ify 2 cups of liquid. Uh… 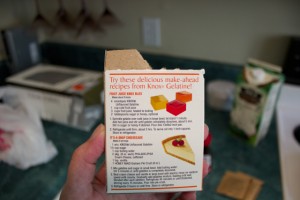 The back of the box was less-than-helpful but I decided it had to be 1 envelope per cup and that I should use 2.

Thus determined, I set to warming the coconut milk so that it was almost boiling. I don’t know how you can tell if something is almost boiling. To me that’s sort of like saying someone is almost pregnant. You either are or you aren’t. But whatever. 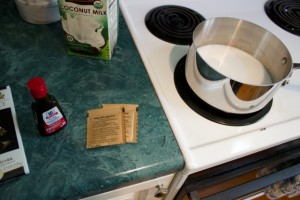 I also had to chop up a chocolate bar. Looks good doesn’t it? 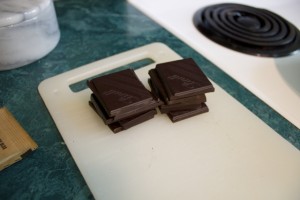 I thought perhaps the vanilla might save it. After all, vanilla makes lots of things better. 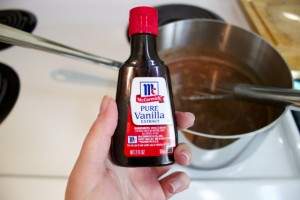 So I threw it in and prayed, then added my envelopes of gelatin. 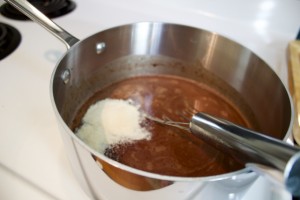 Apparently, I did not get the coconut milk close enough to boiling, because this shit happened. 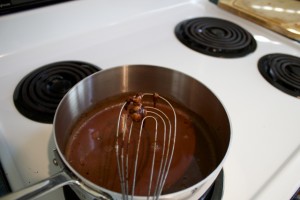 Yes, that’s clumpy gelatin. Nice. I broke it up the best I could and soldiered on. This is after I cleaned up the spilled chocolate goo carnage that ended up all over the kitchen counter: 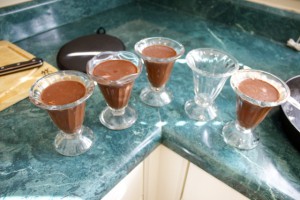 The prescribed two hours later, I went back to claim my pudding.

Guys. Something did not go right.

1. It was chocolate soup-y. This does not necessarily equal a fail. Chocolate soup at least still tastes good. HOWEVER…

2. It tasted like bitter ass. The vanilla did not magically transform the 90% chocolate into something edible.

I have a really big sad about this one because not only do I not have delicious (and nutritious?) chocolate pudding to eat now, but I also have a giant mess of soupy bitter ass to clean up. I’m sure that’ll be about as much fun as it sounds.

Screw this shit. Where’s the beer? 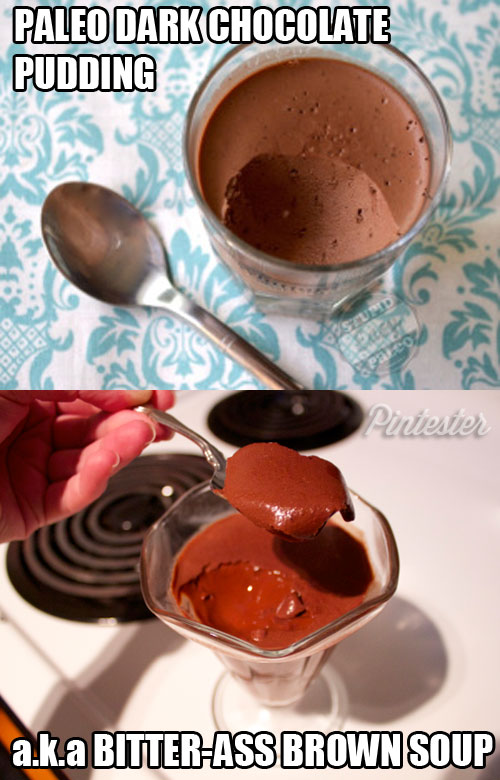