Please allow me to state here that I’m not a huge fan of St. Patrick’s day. I hate those little gold-foil covered chocolates, Leprechauns creep me out, and I am not Irish. Just gonna put that out there.

I’m also not a huge fan of Rice Krispie treats, but in searching for St. Patrick’s day food on Pinterest, this is what pops up. 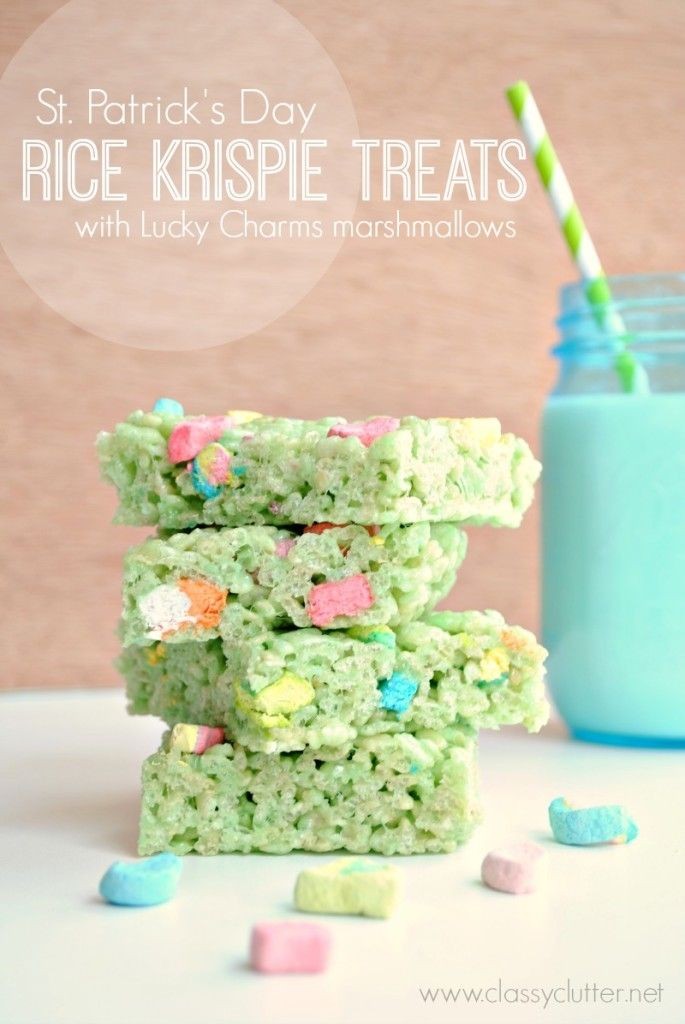 So, since green beer is not deserving of a pin test in and of itself, I decided to make them.

The first step in this process is to buy cereal. I never buy cereal, so it was shocking to me that a tiny box of nutritionally shit cereal costs like fucking $5. I mean, jeez. It’s not an actual pot of gold, guys, it’s a dehydrated pseudo-marshmallow shaped like a pot of gold. Just sayin’.

Speaking of nutritional shit, here’s what’s in these: 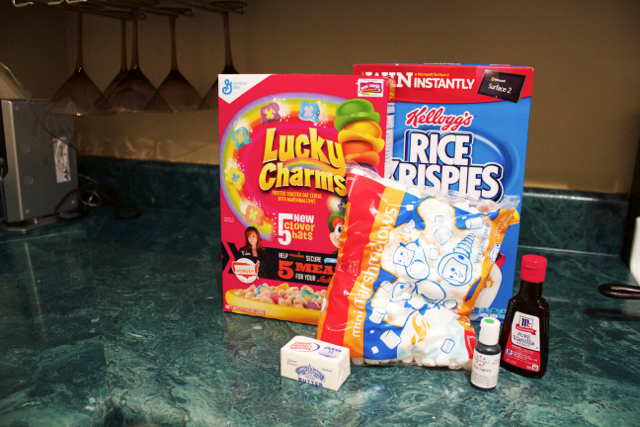 Maybe the green beer will cancel it out. Green things are healthy, right?

Anyway, by far the most annoying part of this process is picking out enough dehydrated pseudo-marshmallows from the Lucky Charms to make these things. 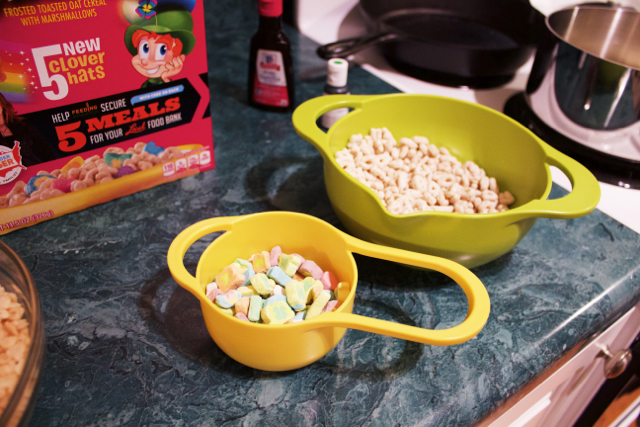 I briefly considered just making the whole mess out of Lucky Charms instead of Rice Krispies, but I was afraid the end result would be too sweet, what with the rest of the globs of marshmallow, and also that the Lucky Charms pseudo-marshmallows would melt if I mixed everything in at the same time. Now, chemically, I’m not actually sure that’s possible. There are probably still tiny crusts of green and pink marshmallow cardboard bits floating around in my digestive tract from 1987. But if something like that would happen to anyone, it would be me, and I decided not to chance it.

Anyway, onward. I like that the recipe specified that these should be soft marshmallows. I did have an unopened bag of marshmallows on hand, but had I some old gross stale marshmallows sitting around, I might have used them except the directions said not to. And you know me. I’m awesome at following directions. </sarcasm font> 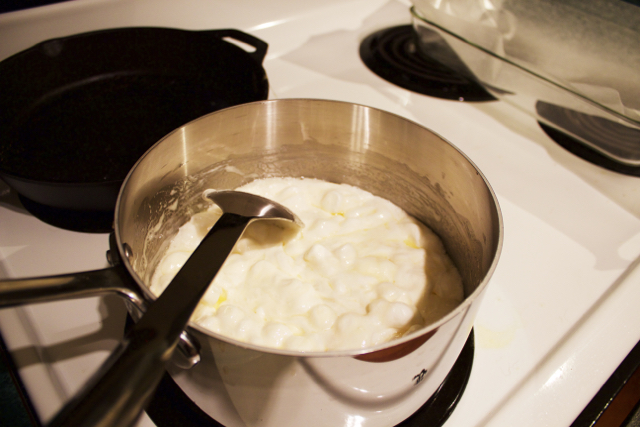 As with all proper St. Patrick’s day food, you have to turn this green somehow. Food coloring was my weapon of choice. 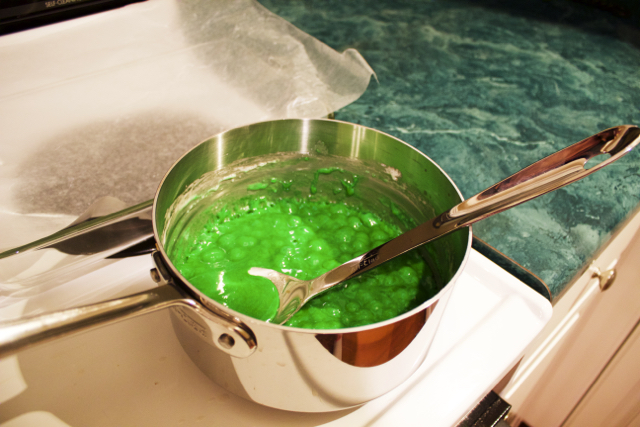 You’ll notice here that mine is vibrantly green. That’s because a lovely reader sent me atomic grade food coloring gel and that shit is amazing and works way better than the grocery store stuff. I WIN AT MAKING THINGS GREEN.

I do not win at mixing Rice Krispies. My dog may have green poo tomorrow, because some amount of this ended up on the kitchen floor, and then immediately down my dog’s greedy gullet. (She knows to come running into the kitchen to check the floor whenever I swear, which is a lot, especially while cooking.) 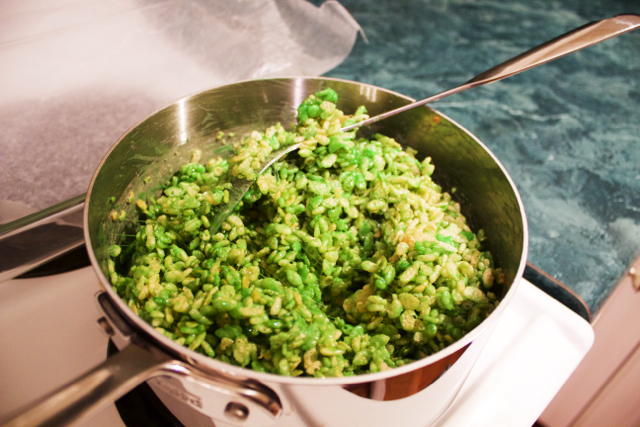 Then I mixed in the pseudo-marshmallows and made the Rice Krispie brick. 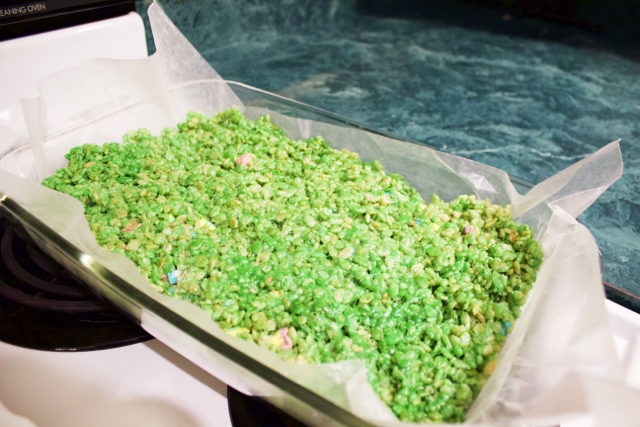 My husband tried one and declared them a pin win, but then asked me if I had to pick out all the little Lucky Charm marshmallows myself, because that would totally be a pain in the ass. Yeah.

Also, joke’s on him because now there’s half a box of Lucky Charms in the cabinet with a very low percentage of its content made up of pseudo-marshmallows. Heh heh.

So if you have a little helper to pick out marshmallows for you, and you don’t mind you or your dog having green poo, and you actually don’t think Rice Krispie treats are disgusting sugar-bricks that aren’t good for anything but pulling out your dental work, you might like these.

Article Name
St. Patrick's Day Green Bricks of Sugarturd
Description
If you like St. Patrick's day and/or green stuff, you might like these festive Rice Krispie treats. If you don't, well, sorry.
Author
Sonja Foust
« Previous PostTestimonials From Unsubscribers and a Note For Email Subscribers Next Post »Ship Your Enemies a Glittery Bag of Dicks (from Penis Island)