I will admit that I originally pinned this because of the phrase “Farts and Crafts.” 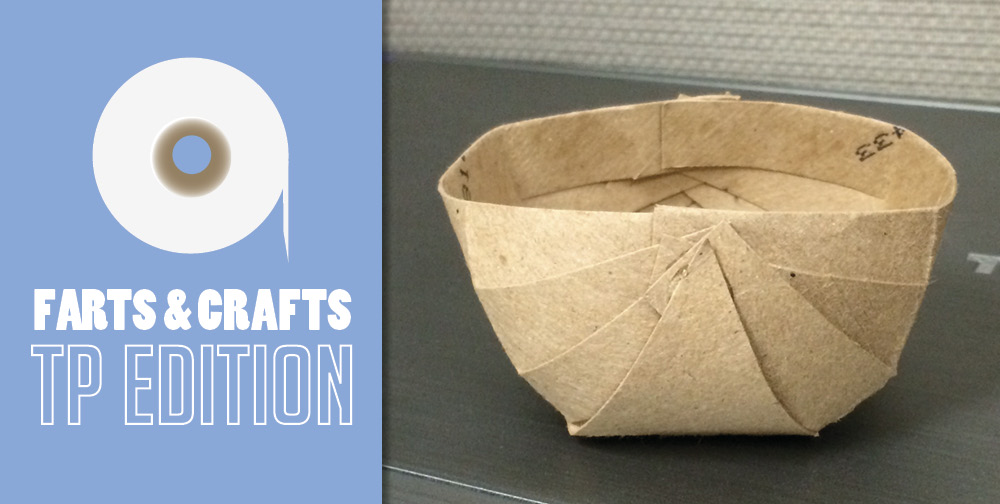 The original pin led me to a site called Mrs. Rooter, but I guess Mr. Rooter had a talk with Mrs. Rooter and told her that women don’t like fart jokes (false) and so now Mrs. Rooter is entirely populated with inspirational quotes. Boo. I had to do some digging to find the new home of the Farts and Crafts project, and apparently it didn’t make the transition from Mrs. Rooter to Mr. Rooter unscathed because it’s now missing the pictures.

But I really wanted to make this, so I decided it wouldn’t be that hard to do it with the text instructions and a little reverse engineering. Right?

I think we can all agree that you begin by cutting the toilet paper roll like so: 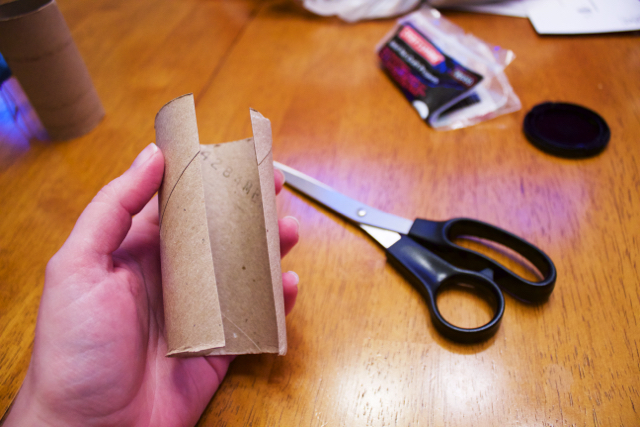 Now here’s where it gets tricky. There is some sort of folding that happens which is in thirds, but then the instructions reference a mysterious four “outer sections.” I ended up folding it in thirds the short way and the long way, just to make the instructions make sense. The pen lines are so you can see where the fold marks are. 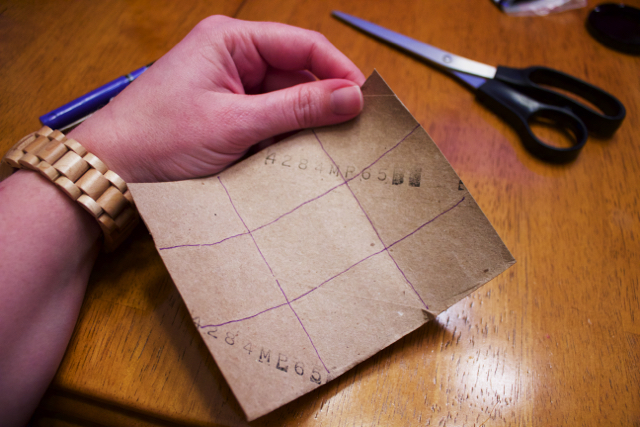 And then I figured I should cut it like this. (I ended up folding it again on the dotted line to make the triangle points.) 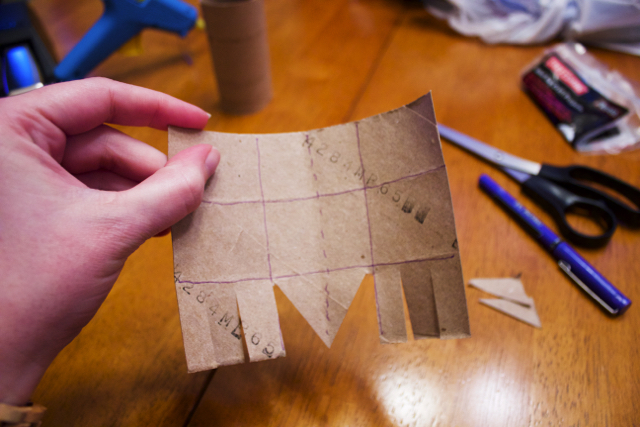 Did you ever have to take those aptitude tests in school where they’d show you a drawing of a folded paper and ask you what it would look like if you punched a hole in a certain place and then unfolded the paper? I don’t know what kind of smart that is, but I don’t have it. This became apparent when I actually tried to put the basket together. 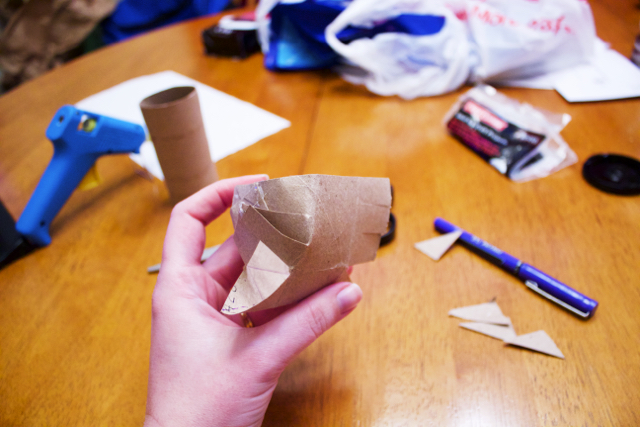 So, yes, my basket looks like an angry muppet. It’s probably saying, “Jeez, fucko, how stupid are you that you can’t even make a simple, tiny basket out of a toilet paper roll?” (You have to read it in a Miss Piggy voice or it’s not as funny.)

Undeterred and armed with more toilet paper rolls, I made a second attempt. I figured maybe I chose the wrong quadrants to be the “outer” ones, so I did it the other way this time. 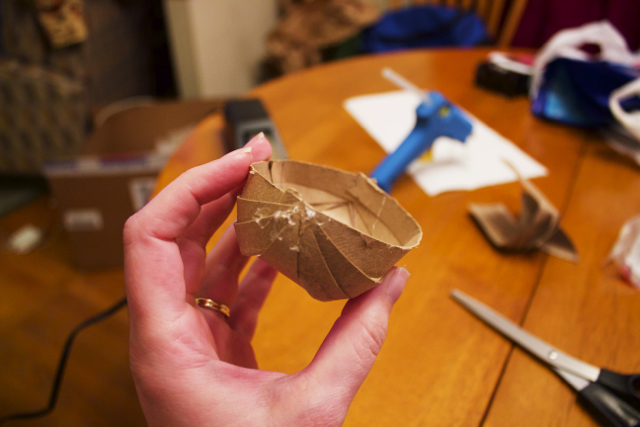 Alas, while this one looked like it might work, it sort of turned out like Noah’s Ark, except, you know, if Noah’s Ark hadn’t been sea-worthy at all and all the animals died and we never knew the joy of zebras and platypi. 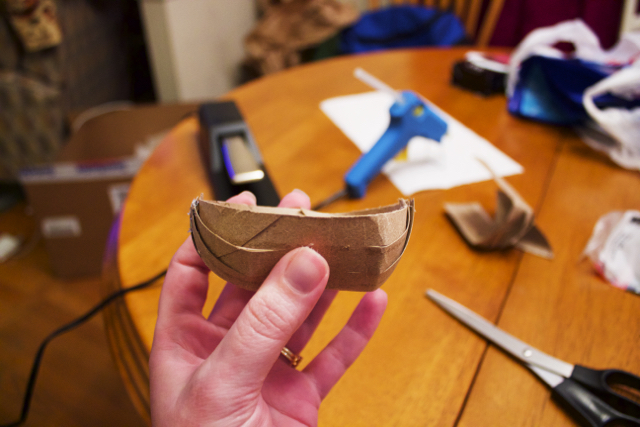 By this point, I had burned the pad of every finger and managed to get hot glue strings everywhere and a glob of hot glue stuck to one of my fingernails, I feared permanently. So I did what any good crafter would do when faced with the possibility of either complete failure or a hard-won but probably still ugly result after hours of further testing: I gave up and drank wine. 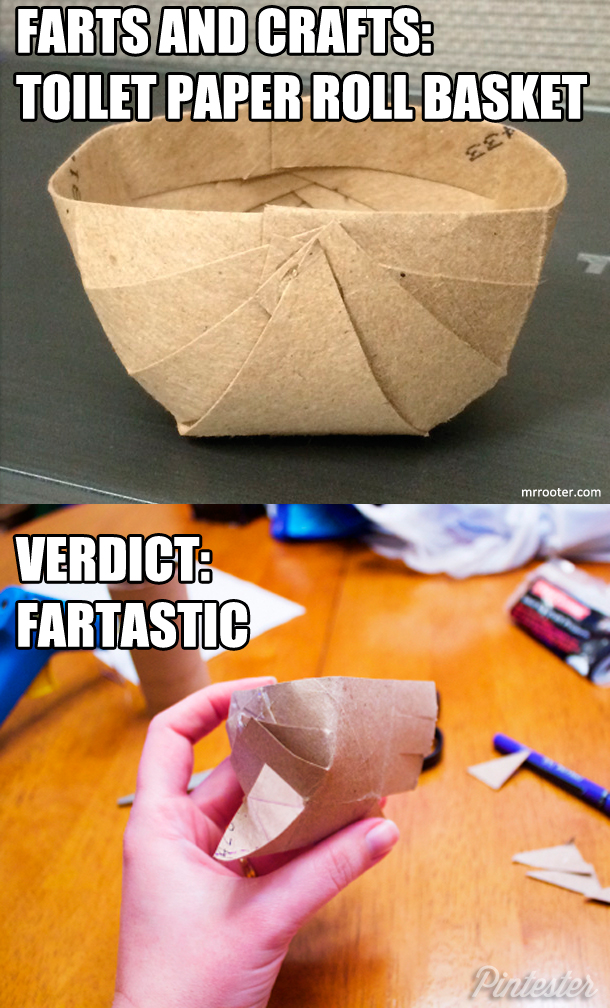 Article Name
Wherein I Fail At Farts And/Or Crafts
Description
When we're talking Farts & Crafts, I am only successful at one of the above. And it's not crafts.
Author
Sonja Foust
« Previous PostPenis Island Next Post »A Failed Cookie Bowl Test and an Anus Analogy