I’m going to New York this week, as in the city. I’ve been to New York before. Once. For five hours. With a bunch of glee club girls from North Carolina. I’m pretty sure we spent most of that time standing on top of the Empire State Building debating the questions of the universe.

Julie: I kind of have the sick urge to jump.

Linda: Shut up. I might shit myself just thinking about it.

Me: So if you jumped and shit yourself, which would hit the ground first: you, or the shit?

Julie: We could find out…

Me: Well, come to think of it, both you and the shit should accelerate at the same rate, you know, according to the laws of physics, so you’d probably land pretty close to the same time.

Anyway, point being, I felt like a country bumpkin pretty much the whole time I was there and I’m worried this trip will be a repeat, with me all sticking out like a sore thumb in my sneakers and beige coat among a sea of black-clad fast-walking business people. So packing for this trip was a little intimidating.

Luckily, now there is Pinterest. I never again have to feel as if I am unprepared to do anything. Yes, Pinterest told me how to pack. 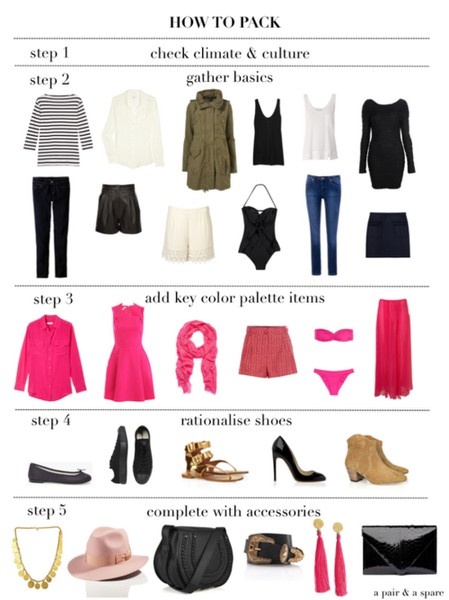 This pin from A Pair & a Spare was by far the most popular packing pin, so I gave it a try. My process was a little different… 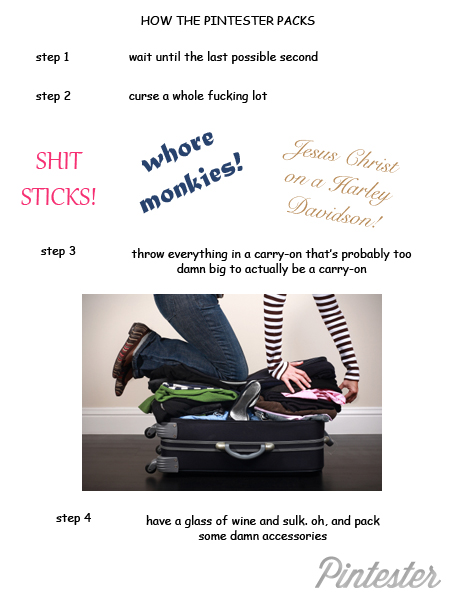