I’ve never much gone in for the whole liquor-as-jello thing. I just figure it’s quicker and easier to, you know, drink the liquor. But I’m always up for a challenge, especially if you call the jello shots something that sounds classy, like “dessert wine gelees.” 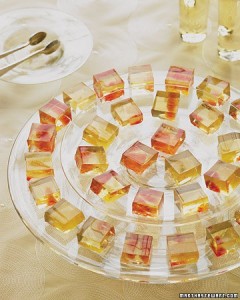 … On second thought, I don’t care what you call them. They’re still jello shots.

But they’re jello shots with wine instead of, like, Goldsmeister or Jagerschlager or whatever. So that’s classier, right? Right.

Gather your ingredients. It just so happened that I actually did have pretty much everything you need for this one, without even cheating. Mostly.

And since we’re calling jello shots “dessert gelees,” we’re going to call my boxed wine “a light pinot grigio with citrus on the finish, vintage 2012.”

We’re also going to call this “a subtle undercut of fruit flavors:” 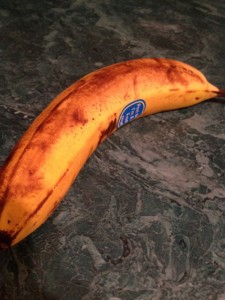 Otherwise known as a brown banana.

When the steps are pretty much “combine ingredients and boil,” even I find it hard to fail. 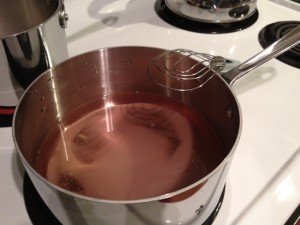 After all the ingredients are put together in a shallow pan, they look like this: 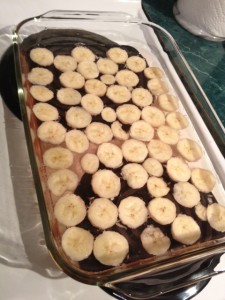 And then you have to leave the whole thing in the refrigerator overnight. (Do you see now why I prefer to just drink my alcohols?) After you slice them up the next day, they’re actually kind of pretty, even with bananas instead of classy-ass citrus. 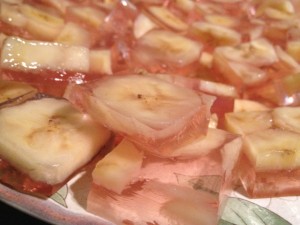 Imma ask Martha Stewart if she wants to use that testimonial on her site.