I’m so damn tired of pumpkin stuff, and it’s barely half-way through the month, with another month and a half of fall stuff to go. Urgh. But I had to try pumpkin hot chocolate. There’s no way around it. 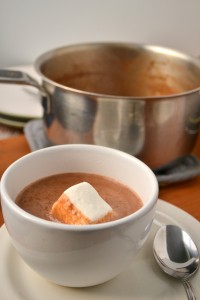 Guys, it’s even vegan (supposedly– although I see a marshmallow in there and God only knows what animal by-products it takes to make one of those).

I made my post schedule at the beginning of this month and guessed on how much pumpkin puree I would need. I bought three cans of it. So far, even with completing the pumpkin spice krispie treats and pumpkintini, I have used a tiny fraction of a can. I was hoping to use up a bit more in this, but it still looks like I’ve barely touched it. I will have pumpkin forevarrrr. 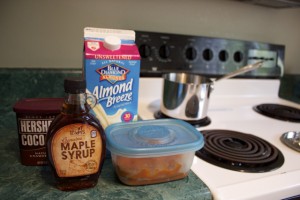 On the plus side, I did get to use up some almond milk, which I bought one day when the grocery store was out of coconut milk, and which both my husband and I hate. But this recipe actually calls for it, so yay.

You will recall that I do not have pumpkin pie spice, so I made my own last time. Well, this time, my Googling turned up a different result and also asked me to put in Allspice. 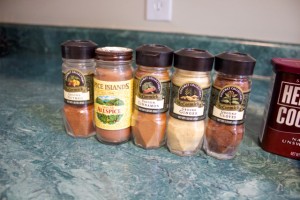 But since last time turned out so well, I wasn’t to concerned about it, and I honestly didn’t really measure this stuff. I just put in a lot of cinnamon and a little of everything else. 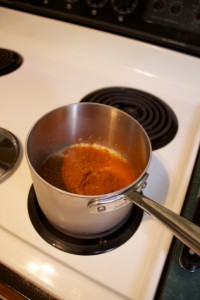 Normally when I make hot chocolate, it involves heating water, opening a Swiss Miss packet, and mixing it up, so already this was way too goddamn involved. I had to get out ingredients and measure things and whisk them all together…

AND THEN I had to wait for it to boil, which took enough time that I cleaned my entire kitchen and some of my dining room before bubbles formed, and that’s with checking back frequently to make sure it wasn’t boiling yet, because I have had really bad luck with boiling dairy products in the past. (I forgot that almond milk isn’t really a dairy product. Sue me.) 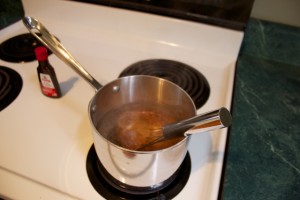 When it was done heating, I carefully poured it into mugs so as not to fuck up my newly cleaned kitchen. 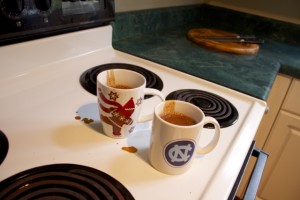 I garnished with marshmallows (because that’s how it was in the picture and I am not a vegan so I don’t care what animal by-products happen to be in marshmallows) and set to the task of drinking it. I also brought one to my husband. Because it made two mugs and I am Wife of the Year.

Except I think I have to give back Wife of the Year status because we both thought it was really disgusting. Seriously, it mostly tasted like Allspice, so I guess I put in too much of that. Secondary was the flavor of almond milk, which, as you’ll recall, neither of us like. And the pumpkin puree just sort of put me in mind of my vomit cocktail from the other day, so really, unpleasant all around.

I will not be making this one again because 1) it was gross (probably because I didn’t measure my spices, I hate almond milk, and I am really, really tired of pumpkin-flavored shit) and 2) it was kind of a pain in the ass to make it.

Article Name
Pumpkin Hot Chocolate
Description
The Pintester is tired of pumpkin stuff, but takes one for the team and tests out pumpkin hot chocolate. Should you make it or should you avoid it at all costs?
Author
Sonja Foust
« Previous PostPinteste Round-up: PSA Next Post »Easy Pumpkin Spice Muffins