I have to admit, caramel apple cider doesn’t get me that excited, guys. I mean, sure, it’s good, and it’s my fall beverage of choice at Starbucks (since pumpkin spice lattes give me caffeine tremors and diarrhea), but it really ain’t no thang.

Until you add vodka. Now you’re speaking my language. 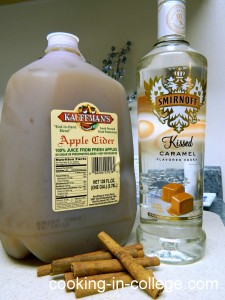 It took me two tries to find caramel vodka because the liquor store was legit out of it– like sold out, people bought so much caramel vodka– and I had to go back a few days later to get it. (‘Tis the season for weird-flavored vodka, I guess? I didn’t know there was such high demand for caramel vodka, for real.)

But I did manage to eventually assemble all of the ingredients: 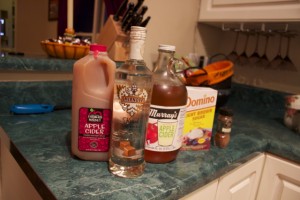 I had some inferior clear cider and also some of the good thick stuff, so I used half and half because, damn, I gotta use up the clear stuff somehow, right? Also, I was making a big batch of it because I had a bunch of girls coming over to watch Van Helsing with me, and that movie requires seasonal drinking. (You don’t even need a drinking game. It’s just so wonderfully terrible, the whole thing inspires drinking.)

All I did was heat it up: 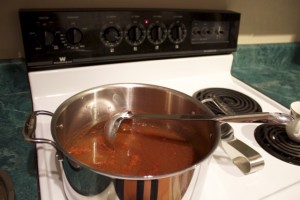 Between all of us, we managed to drink the entire pot. People went back for seconds, so it must have been pretty decent, even though I think they would have been too polite to tell me if it sucked really bad.

I liked it. You could tell it had vodka for sure, and the brown sugar didn’t quite dissolve (maybe because I was afraid of turning the heat up too high and burning off the vodka), but overall it was a satisfying experience.

Side note: Van Helsing is a pretty satisfying experience, too, especially if you like horrible scripts, awful acting, cheesy CGI, and Hugh Jackman. I like all of those things, so I was totally set. 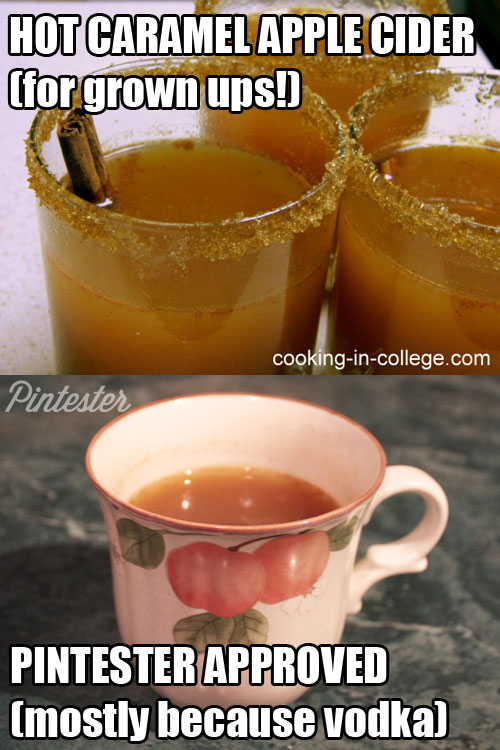 Article Name
Hot Caramel Apple Cider
Description
The Pintester watches Van Helsing and tests out caramel apple cider with vodka in it. One of them ends up being better than the other.
Author
Sonja Foust
« Previous PostSmart Women Next Post »The Christmas Pintester Movement!